See who have been chosen finalists. The winner will be announced as part of a virtual presentation on YouTube Friday evening. 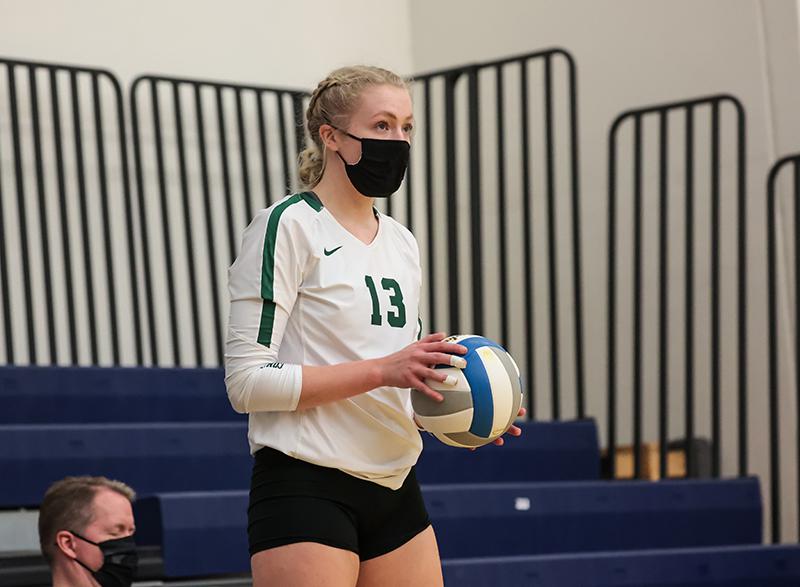 Kira Fallert (seen above) of Concordia Academy was one of five finalists announced for the 2020 Ms. Baden Volleyball award on Wednesday. The winner will be unveiled Friday. Photo by Cheryl A. Myers, SportsEngine

Teams weren’t able to get a full season in the books this fall but that won’t stop a 2020 Ms. Baden Volleyball award winner from being chosen. The Minnesota Volleyball Coaches Association revealed its five finalists for the award Wednesday morning.

Presented to the state’s top senior player based on the entirety of their prep career, the finalists this year are: Kira Fallert of Concordia Academy; Lauren Crowl from Eastview; Kennedi Orr of Eagan; Stewartville’s Erin Lamb; and Claire Vekich from Greenway.

Fallert is a five-year varsity player. The Beacons’ outside hitter recorded 1,612 career kills, including 178 this fall during the pandemic-shortened season. In her tenure at Concordia Academy she also had 1,261 digs, 259 service aces and 145 blocks. Committed to Northern Iowa, Fallert was a Star Tribune All-Metro first team selection this fall and has made all-state three times.

Last year’s Star Tribune Metro Player of the Year wasn’t able to make an impact on the court this season. Orr, a setter and right-side hitter who was sidelined this fall with a torn ACL, still receives Ms. Baden consideration due to her on-court dominance throughout her five years of playing varsity. The Nebraska commit made all-state from 2017-19, was selected the Minnesota Gatorade Player of the Year in 2018 and ’19, and she helped her Wildcats to two Class 3A state championships (2015 and 2016) and three consecutive runner-up finishes (2017-19). Even without a senior season to pad her stat line, Orr registered an impressive 1,055 kills, 2,005 assists, 932 digs, 225 blocks and 133 service aces in her time at Eagan.

Lamb will continue her volleyball career at Kentucky while Vekich is committed to Bemidji State as a hockey player. Vekich, who has six years of varsity experience, is the lone finalist from a Class 1A program.

The 2020 Ms. Baden Volleyball award winner will be announced Friday night as part of a virtual end-of-season program presented by the coaches’ association on YouTube. This year’s all-state teams will also be unveiled as part of the presentation.