The Rebels leaned on a different hitter in nearly every set to earn a rematch with Eagan on Saturday. 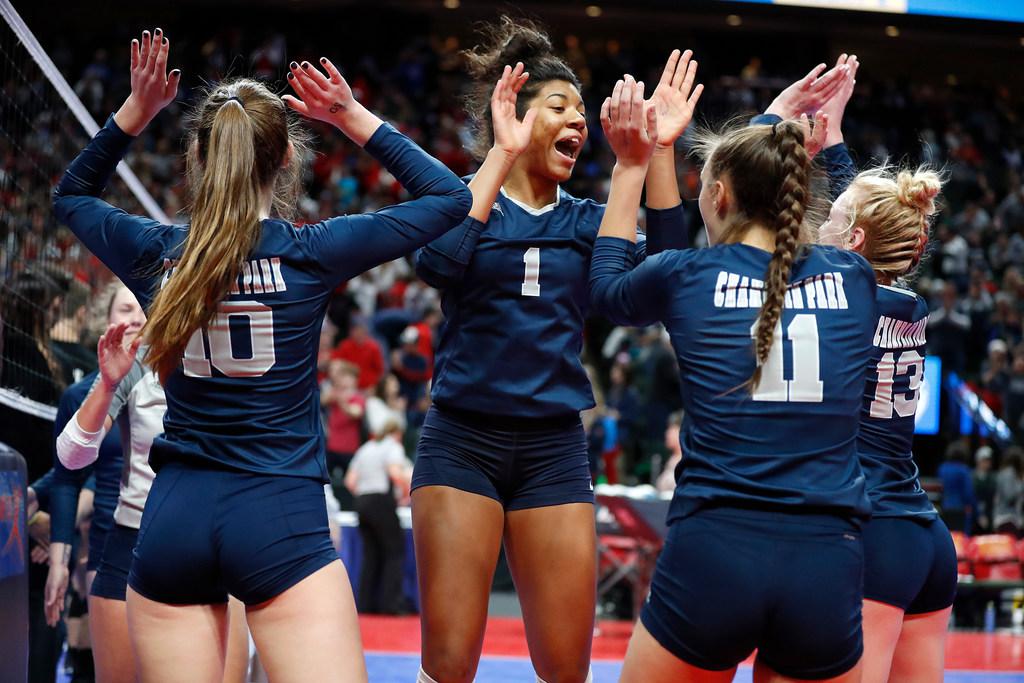 For a team that lost just five sets all season before its Class 3A semifinal match Friday, it was another lost set that lit a spark of confidence for Champlin Park coach John Yunker.

The Rebels fell 27-25 in their first set to Lakeville South, but Yunker saw a lot to like in his team during that set.

“They came at us and we needed to respond,” Yunker said. “We needed to be the team we’ve been all season. I’m extremely proud of how they responded.”

The No. 2-seeded Rebels dug in and showed why they’re considered among the state’s elite teams, posting three consecutive set victories to advance to the Class 3A championship match Saturday with a 25-27, 25-21, 25-18, 25-16 victory.

The victory sets up a title rematch with Eagan, which defeated the Rebels in 2016.

“Champlin Park is an incredible team,” Lakeville South coach Stephen Willingham said. “They’re really balanced, they handle the ball well, they’re a solid blocking team. We had a game plan coming in that we were able to execute for stretches, but we weren’t able to keep it together.”

While mega-talented Champlin Park goes into nearly every match as a favorite, Yunker makes sure the Rebels never skimp on effort. There’s always room for improvement.

“We weren’t as clean in certain areas as we’d like to be – serve receive, maybe – but we had the battle factor,” he said. “We battled. We stuck to our game plan and believed in each other.”

Setter Izzy Ashburn is the ringleader for the Champlin Park show. The senior setter, who was named Ms. Volleyball on Wednesday, is known for deftly distributing the ball among her array of hitters but doubles as the Rebels’ conscience. There’s more to Champlin Park than its high-profile offense, something Ashburn was eager to note.

“Everything starts with our defense and our back court and it doesn’t get enough recognition,” Ashburn said. “Like Kaity [Kaitlyn Weimerskirch], our libero, who has been doing a great job. It all leads up to our hitters, which people notice.”

Ashburn finished with 40 set assists while the Rebels had three hitters with double-digits in kills: Emma Schmidt with 16, Jordan Stalpes 12 and Lauren Clark 11. Weimerskirch was credited with 10 digs and kept countless balls alive.

The deep and talented Rebels leaned on a different hitter in nearly every set – Emma Schimdt, Jordan Stalpes, Lauren Clark – with its varied attack expertly coordinated by setter Izzy Ashburn.