How the Cougars fare on the next point, not the last one, guides an approach honed with heated practices. Plus a quick look at top teams in each class. 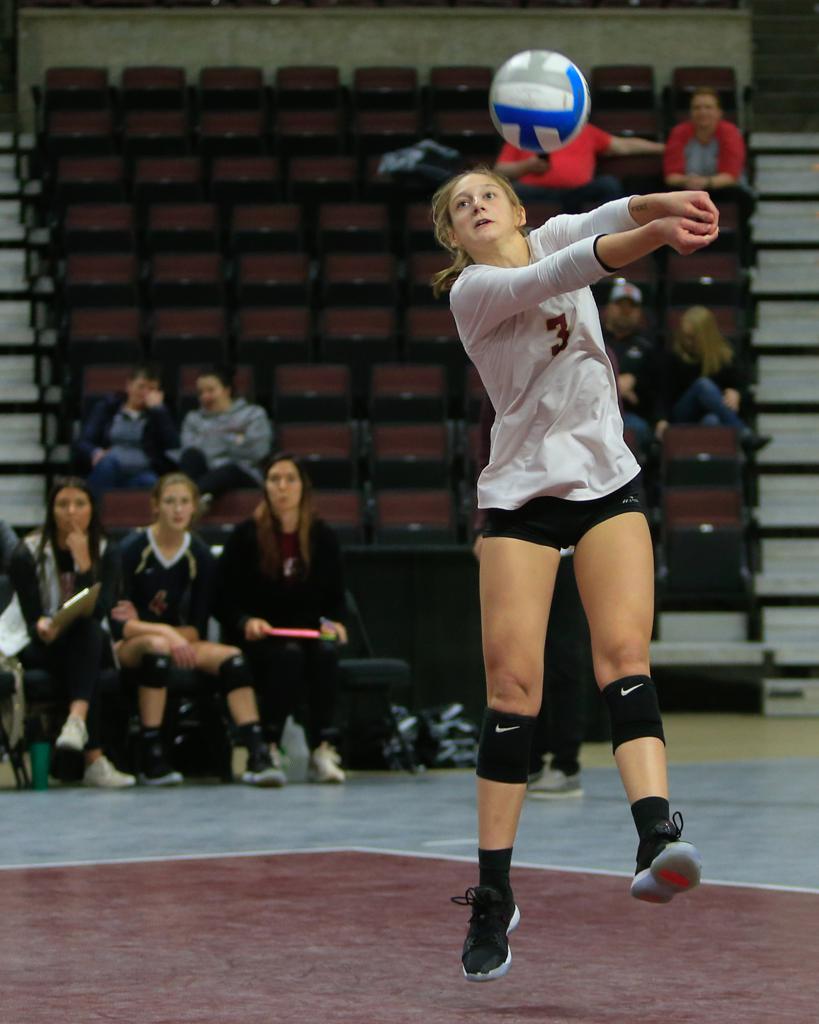 Officially, Lakeville South is known as the Cougars, a moniker that conjures images of speed, strength and stealth.

The talent this time around is highly skilled, too, in players such as Jasmine Mulvihill and Alena Moldan. But the current edition of Lakeville South is as much about desire and grit. It’s a team long on competitiveness and short on memory.

The Cougars — let’s be official — earned the No. 3 seed in the Class 3A tournament by defeating defending state champion Lakeville North in five sets in the Section 1 final. It was their second victory of the season over their intra-district rivals. The two teams split during the regular season.

It was a victory an entire season in the making. Not just on the court but also in the practice gym, where they sharpen their edge by battling each other as ferociously as they do opponents.

“This teams wants to win and and they’re really competitive that way,” coach Stephen Willingham said. “Our practices are so competitive. They argue about whether a ball is in or out and sometimes, they’ll even lie about it, they want to win so bad. But in the end, they shake hands. They enjoy each other and they enjoy competing.”

Moldan, who has committed to New Mexico, said, “We do have a lot of competition in practice. It pushes us to play against other very talented teams. There’s a lot of yelling and it can get kid of heated, but it pumps us up. Then we break down laughing.”

Moldan and Mulvihill, a dynamic hitter with a thunderclap of an armswing, were among the team’s six players who played in the 2016 tournament, when the team took third place. That experience, Moldan said, should pay off this year.

“That first time, we didn’t know what to expect,” Moldan said. “It was kind of scary to be in a gym that big with such amazing athletes. We’re all ready to do better this year.”

Moldan said the combativeness the Cougars show in practice tends to manifest itself in cohesiveness come gametime.

“One reason we have such good games is our grit,” she said. “We’ve worked so hard to have great chemistry that we just keep pushing against the best. We deserve to be seen as a threat.”

State tournament at a glance

• Eagan, the No. 1 seed, has a varied attack led by sophomore setter/hitter Kennedi Orr and middle blocker Ellie Husemann. Hall of Fame coach Kathy Gillen’s team has lost just twice, to Minnetonka in an early-season tournament and to Lakeville North in late September.

• No. 2-seeded Champlin Park improved its titles hopes with the addition of explosive outside hitter Lauren Clark, whose presence gives the Rebels’ more hitting options than any team in the bracket.

• Shakopee, which won three consecutive state titles from2007 to 2009, is back for the first time since 2012. Edina is the lone tournament newcomer..

• Kasson-Mantorville, the No. 1 seed, has won 24 consecutive matches and is led by three-time all-state selection and Ms. Volleyball finalist Peyton Suess.

• Marshall, the No. 3 seed, is making its 28th appearance, most in tournament history.

• Top seed Minneota is making its second consecutive appearance. The Vikings have a Ms. Volleyball finalist in outside hitter Lydia Sussner.

• Two-time defending champion Mayer Lutheran is making its 12th appearance and has 11 players back from 2017.