From a self-proclaimed 'scrawny' kid to a 6-foot attacker, Juhnke's powerful kills, relentless digging and nimble passing make her the metro's most complete player. 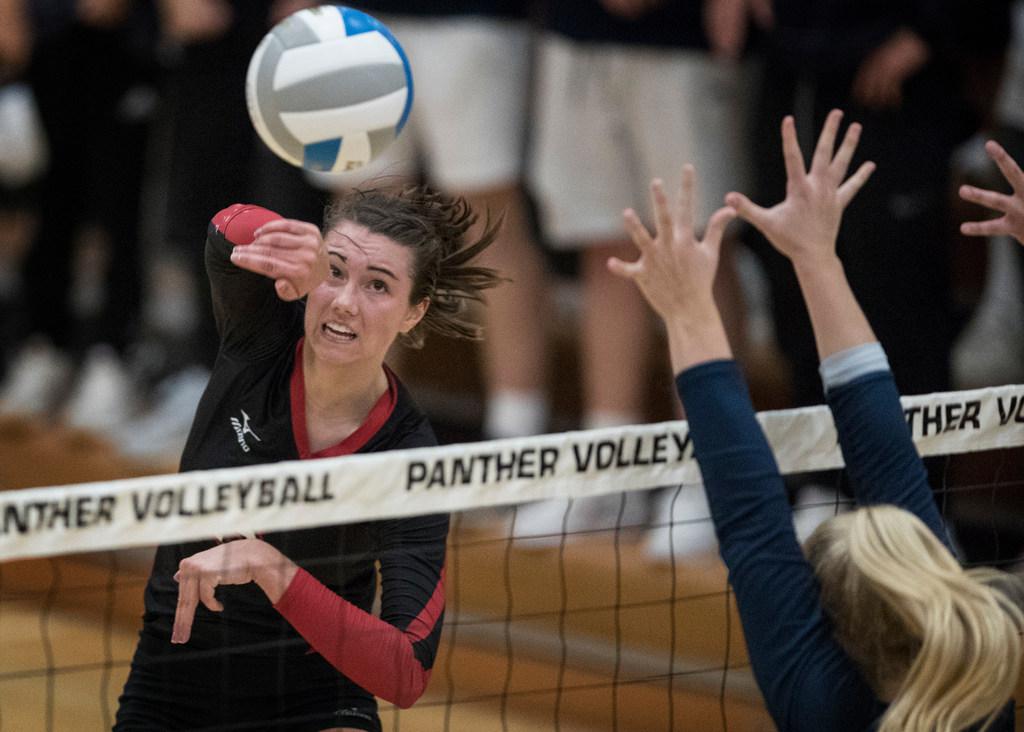 “When she came as an eighth-grader for tryouts, it was evident that she loved the game and she loved to compete,” Lakeville North coach Jackie Richter said. “In everything we do, she’s a coach’s dream.” 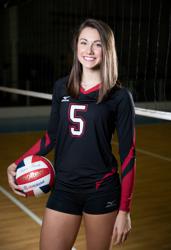 The beginnings of the metamorphosis of Elizabeth Juhnke from savvy volleyball devotee to imposing front row presence began in a gym in Bloomington about three years ago.

Thanks to parents who live a life heavy on volleyball, Juhnke was a junkie of the sport from a young age, her on-court education commencing at roughly the same time as her formal education.

But it wasn’t until a moment in the gym at her volleyball club, Mizuno M1 in Bloomington, that Juhnke saw her future while watching an older player crush bomb after bomb.

“I was more of a smart hitter. See the court, find open shots,” she said. “The I saw her and I was like ‘Oh my gosh, I want to hit that hard.’ She pushed me to find my power.”

It didn’t hurt that Juhnke had grown from a self-proclaimed “scrawny kid” into a 6-foot attacker by about the same time. Combined with an innate drive to improve and a passion for the sport that is on her mind during most waking hours, the Lakeville North senior built herself into a complete player.

“When she came as an eighth-grader for tryouts, it was evident that she loved the game and she loved to compete,” Lakeville North coach Jackie Richter said. “In everything we do, she’s a coach’s dream.”

A large part of Juhnke’s success stems from her competitiveness. In everything from volleyball to video games, Juhnke is driven to win.

“I am so competitive,” she said. “In everything I do. My whole family is competitive.”

“Sometimes, we can’t do those,” she said with a laugh. “We’re too competitive.”

The will to win is her driving force. Juhnke is never satisfied, no matter how proficient she becomes.

“I try to stay humble,” she said. “I think I can always be getting better.”

The byproduct is easy to see in her game. She finished the season with 481 kills and 248 digs, and had 1,513 kills and 1,059 digs for her career, impressive numbers for the metro area’s most complete player.

“I’ve always been a six-rotation player,” she said. “If one part of my game isn’t 100 percent, I try to counteract it with something else. If my hitting is a little off, I’m going to pass the ball for my teammates.”

Says Richter: “She’s always hungry and looking to get better. That’s made a huge impact on all of our teams.”

The Panthers’ season, and Juhnke’s high school career, ended Saturday with a loss to rival Lakeville South in the Class 3A, Section 1 finals. She’ll play one more season club season before heading to the University of South Dakota to play volleball and study nursing.

“I love everything about South Dakota. And I want to play all four years. That was a huge thing for me,” she said.

Despite the disappointment of missing out on a return trip to the state tournament, Juhnke is proud of what she’s accomplished at Lakeville North.

“I can’t believe its over. It felt like a blink of an eye,” she said. “But we’ve built a culture at Lakeville North that I think it going to stick. Hopefully.”

See who else is on this year's All-Metro first, second and third teams.