Park Center bonded and on the rise

A team retreat and success in other sports has Park Center’s volleyball team ready to play. 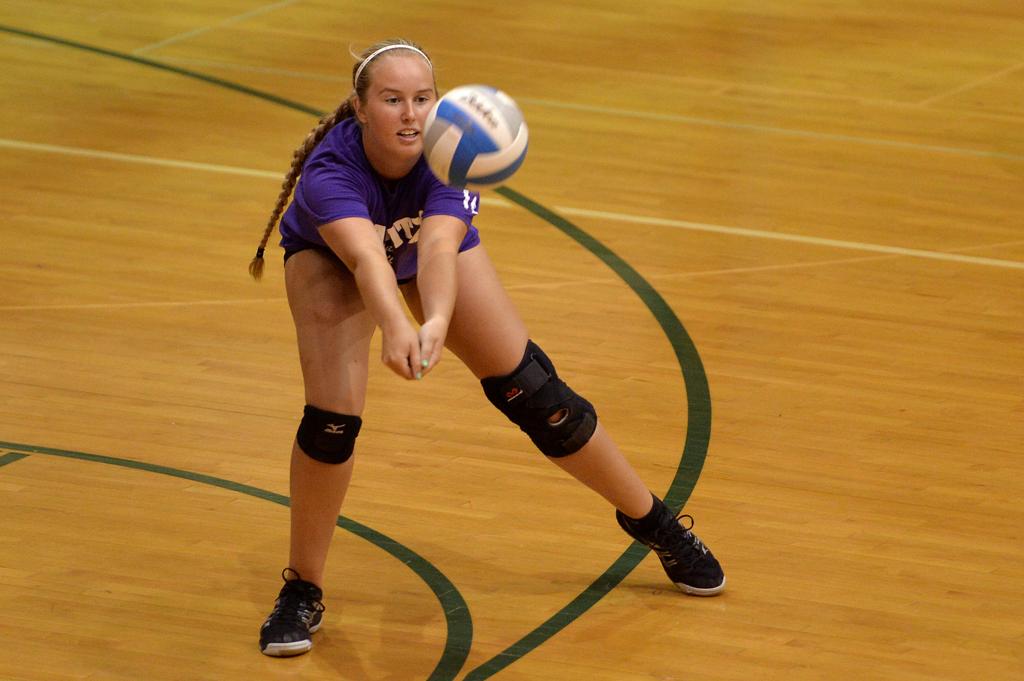 Alicia Meyer moves for a bump during the first week of practice Thursday, August 14 at Park Center High School in Brooklyn Park. (Bre McGee/Special to the Star Tribune)

Doors at the team’s Camp Courage cabin would lock and unlock by themselves. Windows would open and close with no explanation. One player swore she saw something.

Living with ghosts is reality for returning Pirates players. Up 2-0 in the Class 2A, Section 5 finals last season, Park Center wilted and lost the match to Maple Lake. Even a 12-4 lead in the deciding fifth game couldn’t hold.

“Our hitters were pounding the ball, but Maple Lake would not let anything hit the floor,” senior Alicia Meyer said. “It was so frustrating. We know how close we were last year. We’re making that push to get what we didn’t get.”

Securing the program’s first state tournament appearance since 1981 will require a more diverse attack and strong chemistry. Players said the latter was created at the two-day August retreat located in, of all places, Maple Lake.

“We went there and bonded with each other,” Meyer said. “We shared things that helped us become closer as a team.”

Coach Randy Almsted, in his 11th season at Park Center, guided the team to its first section final in his tenure. Focused on making a good team better, Almsted coordinated the first team-building retreat of his career.

Though unable to attend because of Minnesota State High School League rules regarding summer contact for coaches, Almsted said players learned about each others’ goals and personalities and how best to communicate.

The lessons were more than mental. Players were taught different stretching exercises and received tips on proper nutrition. Almsted and players agreed a new type of excitement was present last week when the team hit the floor for the first practice.

Success in other sports is fueling high expectations. Meyer was part of the supporting cast as Park Center won a second consecutive Class 2A state softball title in 2011. Sophomore Mikayla Hayes played a huge role as the Pirates won the 2014 Class 3A girls’ basketball state tournament championship in three overtimes.

“For years Park Center really hasn’t been the sports school,” Meyer said. “But all of our athletes are starting to realize we’re on the rise and we can do better things.”

Meyer, who told teammates her goal this season “is to be competitive every single point and not let that ball hit the floor,” said playing top Class 3A programs helped Park Center against a Class 2A playoff field. But, she added, “I think we should win more conference games than we do.”

Almstead said he felt his team’s weakness last fall was “getting a little bit reliant on a couple hitters. This year we’re working to spread it out a little more and get more diversity in our attack.”

Meyer, the setter, will look for Hayes in the middle plus outside hitters Bethany Lovhaug, Abby Miller and Shaeley Martinson. The libero is Alexis Oelfke and Madelyn Mitchell will play defensive specialist.

“I think we can go far,” Hayes said. “I’m excited because last year we were almost there.”