Two previous attempts were shot down by the MSHSL’s Representative Assembly. Here are facts for and against. 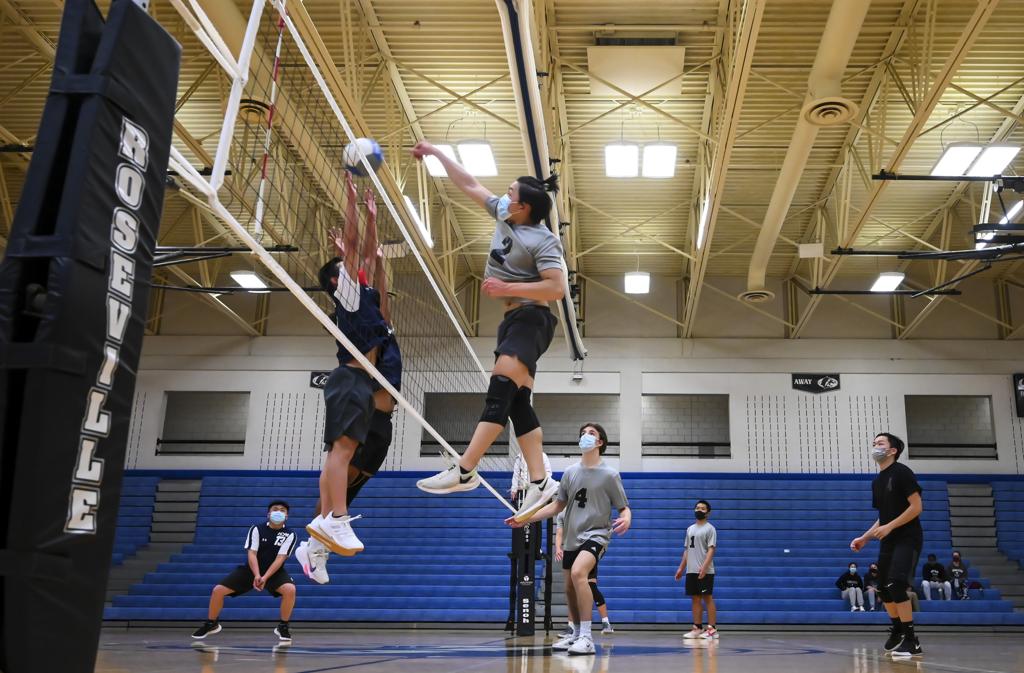 High school boys’ volleyball and its determined bunch of supporters face another day of reckoning Tuesday.

A proposal to sanction boys’ volleyball will go up for a vote at the Minnesota State High School League’s Representative Assembly that day. It’s the third such proposal since 2019, and this will be the second time it reached the assembly that will determine if boys’ volleyball remains a sport with a “club” designation or if it becomes a fully sanctioned MSHSL offering.

The Representative Assembly — a group of 48 high school administrators, athletic directors and others representing 16 regions, eight in Class 1A, eight in 2A — meets yearly to determine the direction a sport, activity or initiative takes. Approval of two-thirds of the assembly (32 votes) is required to pass a proposal.

Boys’ volleyball was denied in its first attempt at sanctioning in 2019, with many believing it was a matter of time before approval, that the sport needed time to establish a beachhead in Minnesota.

Supporters went back at it again this year, getting 11 of the 16 regions to support putting the measure back in front of the Representative Assembly. Those same supporters have organized a rally to start at 7 a.m. Tuesday, the day of the vote, at the Minnesota Select Volleyball Center in Maple Grove.

According to a survey conducted by the Minnesota Boys High School Volleyball League, roughly 90 percent of the boys playing club volleyball this spring were not intending to play another sport in the spring. And 78 percent did not play a sport before spring volleyball. Supporters say it would help many student-athletes connect with their school in ways they have not before. “If COVID taught us anything, it’s that kids need to stay connected to their school and not be isolated,” said Jenny Kilkelly, president of the MN Boys High School Volleyball Association. “This should be a no-brainer.”

Boys’ volleyball is clearly popular. More than 1,400 boys make up the 54-team Minnesota Boys High School Volleyball League this spring. There were 1,200 potential participants signed up in 2020 before the season was canceled because of the COVID-19 pandemic; 800 came back last year.

According to the league, 54 percent of the players identify as a person of color. Asian-Americans make up the largest segment by far. Minnetonka girls’ volleyball coach Karl Katzenberger, who is of Asian descent, said adding boys’ volleyball would be a “huge gift to the Asian community” and said it falls in line with stated MSHSL goals. “Voting yes is an obvious step toward inclusion and diversity,” he said. “It’s important to give these kids this opportunity. I can’t understand why you’d want to take that from them.”

Boys’ volleyball was originally proposed as a spring sport with the intent to taking advantage of available gym space. But many athletic directors balked, citing high demand for gym space in March and April because of Minnesota’s fickle spring weather. Supporters are willing to accept it as a fall sport. “We just want it to be sanctioned,” Kilkelly said. “We’ll work out the details after.”

Many schools, mostly in greater Minnesota, don’t want to add another cost to their budgets. Volleyball is relatively inexpensive to fund, but there are costs for uniforms and supplies, transportation and paying officials. A complication: Schools already have the added expenditure of installing shot clocks for basketball, a change that was approved by the MSHSL last year.

Supporters emphasize that sanctioning doesn’t mean a school must add the sport. Activities directors aren’t so sure. Some fear that if they don’t offer boys’ volleyball and a nearby school does, they’ll lose that student-athlete and the funding he represents. Most in opposition were not willing to be identified. One activities director in that position said there is no joy in taking the “no” side: “I see its value and I understand, but I’m also representing my entire section and I have a responsibility to vote for their wishes.”