The high school volleyball season kicks off Aug. 26 with 67 matches. 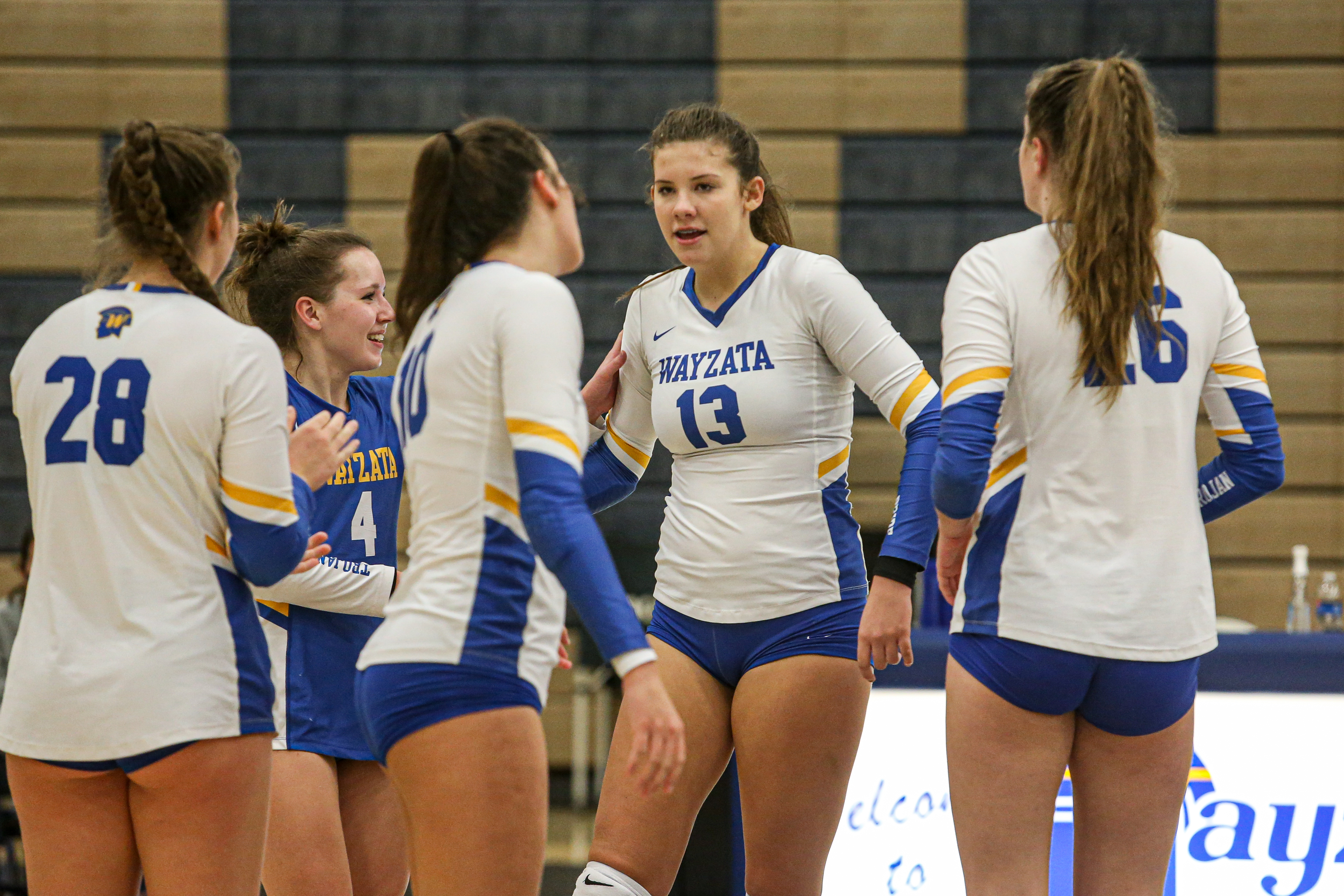 Wayzata players huddle after after a point on Nov. 11, 2020, in a game against Minnetonka. The Trojans and Skippers renew their rivalry on Sept. 28. Photo by Mark Hvidsten, SportsEngine

The 2021 Minnesota high school volleyball season is fast approaching, and with it comes a big change for the sport: The addition of a fourth class. While the impact of the creating the new Class 4A may not be felt in the regular season, it is one storyline to watch as teams take courts for their first matches beginning Aug. 26.

Here are a few matchups worthy of keeping an eye on, as well.

Wayzata, the 2019 Class 3A state champion, was demonstrating plenty of success in 2020. The Trojans were undefeated with the No. 1 ranking. They handed Lake Conference rival Minnetonka — ranked No. 8 in Class 3A at the season’s conclusion — one of its three losses of the season.

The Skippers and Trojans were slated to meet again in a game that never came to fruition due to the season’s cancellation.

Wayzata enters this year atop the rankings in the Class 4A coaches' preseason poll (released July 28), while Minnetonka is not among the top 10. No matter. Their matchup on Sept. 28 carries high stakes anyway, as a victory could be pivotal in determining which team takes the Lake Conference title.

Willmar had only one loss and boasted a No. 10 ranking in the Class 3A coaches’ poll before the remainder of the 2020 volleyball season was canceled amid the coronavirus pandemic. The Cardinals, who hold the No. 3 ranking in the Class 3A coaches' preseason poll, look to pick up where they left off when they begin their season Aug. 26 against Marshall — the No. 1 team in the 3A preseason poll. The Tigers finished last season undefeated.

Click here to view the full 2021 volleyball schedule or go to the “Search” box at the top right corner of the page and type the name of your favorite team into “Team Finder” for that team’s specific schedule.

If your team’s schedule isn’t posted or needs updating, send the necessary information to scores@sportngin.com.