The recipients for each of the three classes were honored as part of a virtual ceremony held Dec. 18. 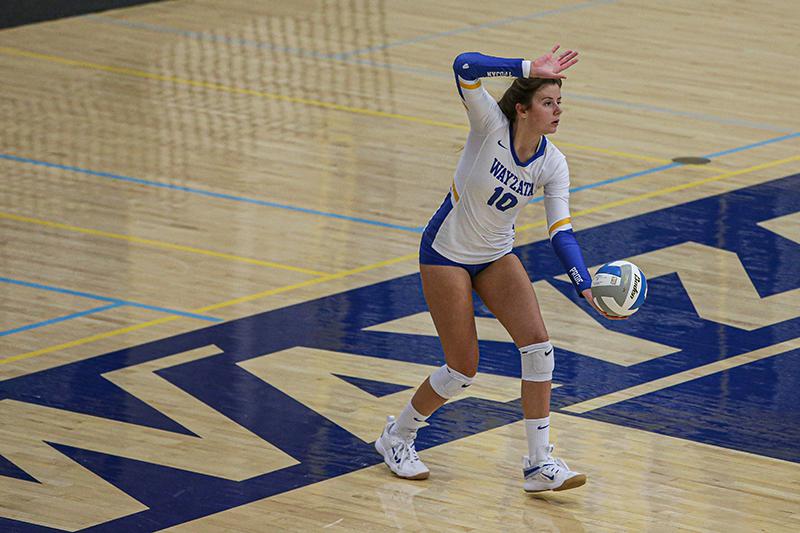 Freshman setter Stella Swenson (10) of Wayzata was one of two Trojans chosen to the Class 3A all-state team this fall. Photo by Mark Hvidsten, SportsEngine

The Minnesota Volleyball Coaches Association released its list of all-state teams and honorable mention picks as part of a virtual program streamed on YouTube Friday night.

Wayzata’s Stella Swenson, a 6-foot-1 freshman setter, is the only player who's not an upperclassman that was chosen to a first team this year. Swenson’s production of 439 assists in the pandemic-shortened regular season helped her Trojans to a 13-0 overall record and the No. 1 ranking in the final Class 3A coaches’ poll.

Ella Voegele joins Swenson as the second Wayzata player to earn first team honors. The junior libero and defensive specialist had 197 digs for the Trojans this season.

Northfield also had two of its own picked to the Class 3A first team in seniors Megan Reilly and Emma Tortenson. The No. 7-3A Raiders, who had a 13-0 record this fall, got 152 kills from Reilly, an outside hitter. Tortenson, a libero, produced 216 digs.

East Ridge, which competes in the Suburban East Conference, was the only other unbeaten club in Class 3A to play 12 or more matches this fall. Senior outside hitter Lauren Galvin led the No. 4-3A Raptors (13-0) with 165 kills.

Avery Bolles, a sophomore outside hitter from Andover, led the state leaderboard with 229 kills this season, based on stats submitted to the MN Volleyball Hub, and was an honorable mention pick.

View the tables below to see all the players chosen to the Class 3A all-state team, in addition to who was picked all-state and honorable mention in classes 2A and 1A.