Lauren Galvin tallied 15 kills to help the Raptors to a defeat of the Royals. Through nine matches, the Raptors have yet to lose a set this season. 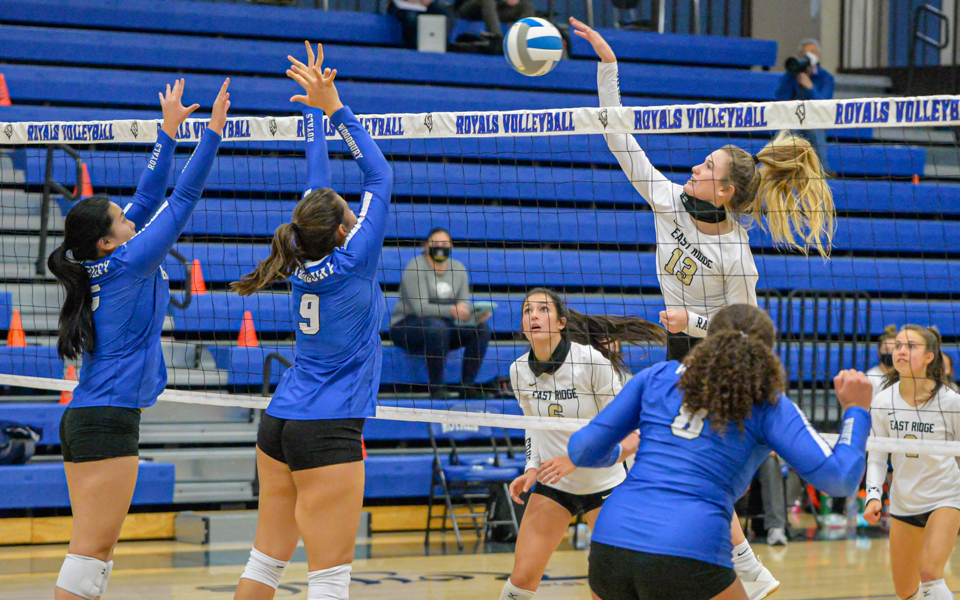 East Ridge’s Camryn Greenwald (13) is up for the kill shot Thursday night as the Raptor’s went on to beat rival Woodbury 3-0 and remain undefeated. Photo by Earl J. Ebensteiner, SportsEngine 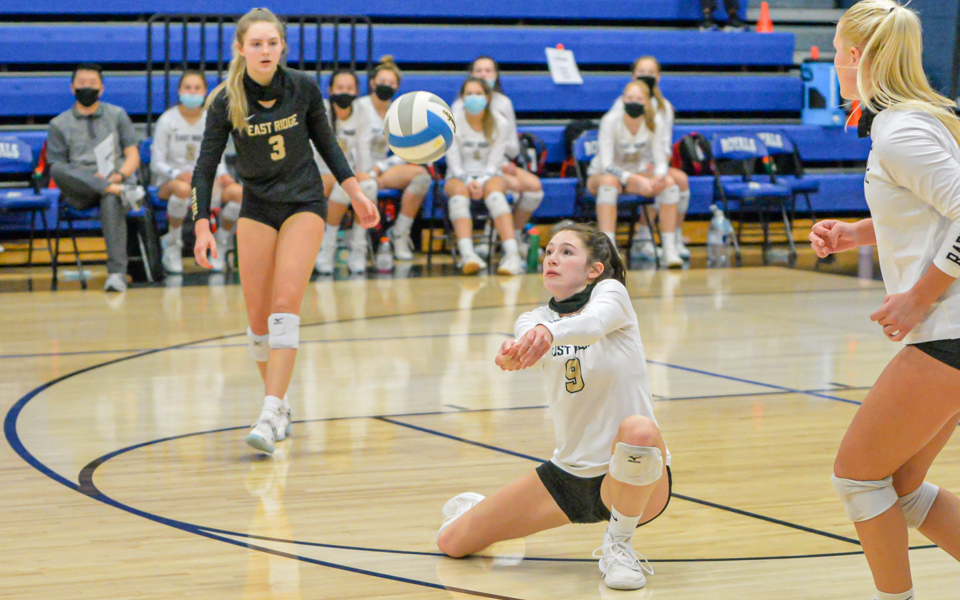 The Raptors' Lauren Galvin (9) goes low to keep the ball in play in the second set of East Ridge's 3-0 defeat of rival Woodbury. Photo by Earl J. Ebensteiner, SportsEngine

East Ridge hasn’t faced much adversity through its first nine games of the season.

The Raptors claimed a 25-16, 25-22, 25-22 victory over intracity rival Woodbury on Thursday at Woodbury High School, keeping a season-long streak of winning every set they’ve played intact.

Like many teams this fall, East Ridge (9-0, 9-0) is often left wondering what its season could have been like if the COVID-19 pandemic hadn’t shortened prep sports schedules across the state. In a regular season, the Raptors would likely have scheduled many more games, including matchups with opponents who likely would hold state rankings. But this year, East Ridge, ranked No. 6 in the Class 3A coaches’ poll, has played a strictly Suburban East Conference schedule.

“Yeah, we talk about that a lot,” said assistant coach Ben Kiffmeyer, who helped fill in Thursday for head coach Steve Anderson who was out as a precaution due to a recent COVID-19 exposure. “That’s kind of the biggest bummer of the season, honestly, the tournaments and the opportunity to play out of conference.” 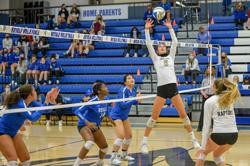 The Raptors needed to battle back from large deficits in the final two sets to claim victory Thursday, including in the third when Woodbury (6-3, 6-3) leapt to a 6-0 run. East Ridge came back, tying the set at 21 apiece, and then managed to edge the Royals. The play against a tough opponent was appreciated.

“I feel like this was the first time in our conference, since we’ve only been playing conference teams, that we’ve had a real challenge,” said East Ridge senior Lauren Galvin, who had 15 kills against Woodbury. “It was kind of a shock to us at first because we’ve never had to play like that.”

The Raptors have a fairly young team this fall, with only four seniors listed on the varsity roster. However, that doesn’t mean the team lacks experience.

Many Raptors players spent the offseason getting additional experience on club volleyball teams. The additional time on the court has helped when it comes to navigating a shortened high school season.

“We’ve all been together for quite awhile,” said Galvin, who, like many East Ridge players, competes on a Northern Lights club team. “I had another teammate who's been on my club team last year. We’ve all been growing up with each other, because we started off as a pretty young program.”

East Ridge has just four more matches on its regular-season schedule. Following the regular season, section tournaments across the state are scheduled to begin in late November but there will be no state tournament to follow.

The Raptors plan to use the remainder of the regular season to continue working on facing tougher opponents who they might face in the section tournament. And if there is one thing the Raptors say they do not lack, it is the ability to focus on keeping each other accountable.

“We’re able to take criticism from each other,” said Galvin. “If we’re down by seven points, we can be like, ‘Okay, we need to fix this.’”

But the feat did not come without a challenge.

East Ridge (9-0, 9-0) needed to battle back from deficits in both the second and third sets to stay unbeaten in the pandemic-shortened regular season.

After the Raptors, ranked No. 6 in the Class 3A coaches’ poll, triumphed in the opening set, Woodbury (6-3, 6-3) led for most of the second set before East Ridge’s 25-22 win. In the third, Woodbury again jumped ahead immediately thanks to a 6-0 run. But the Raptors battled back once more to even the score at 21 apiece before prevailing 25-22. 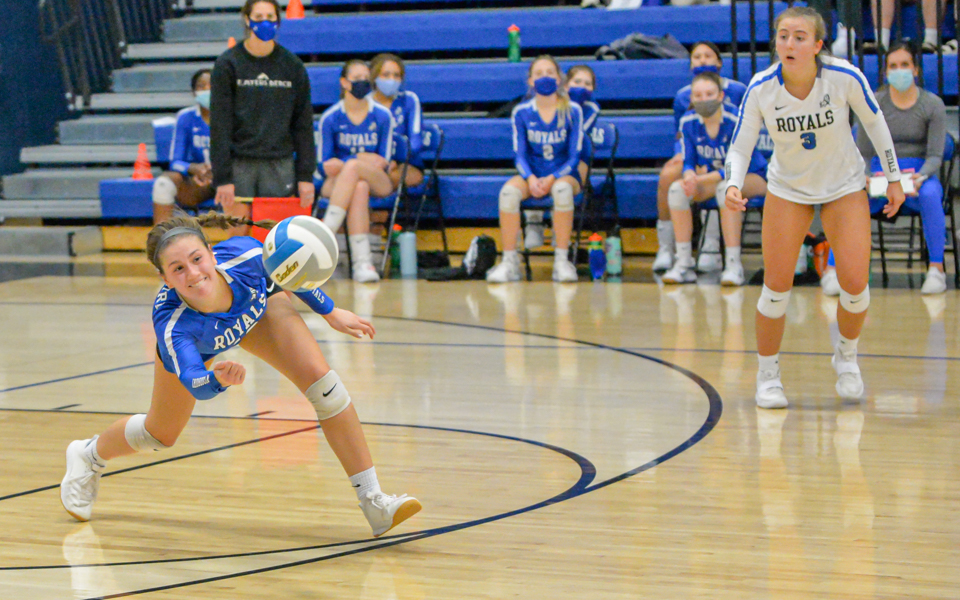 Woodbury outside hitter Kameron Monson (10) keeps the ball alive in the third set during the Royals' 3-0 loss to the unbeaten Raptors. Photo by Earl J. Ebensteiner, SportsEngine