The Beacons’ run of dominance in league play continued Wednesday as they posted their seventh sweep of the season. 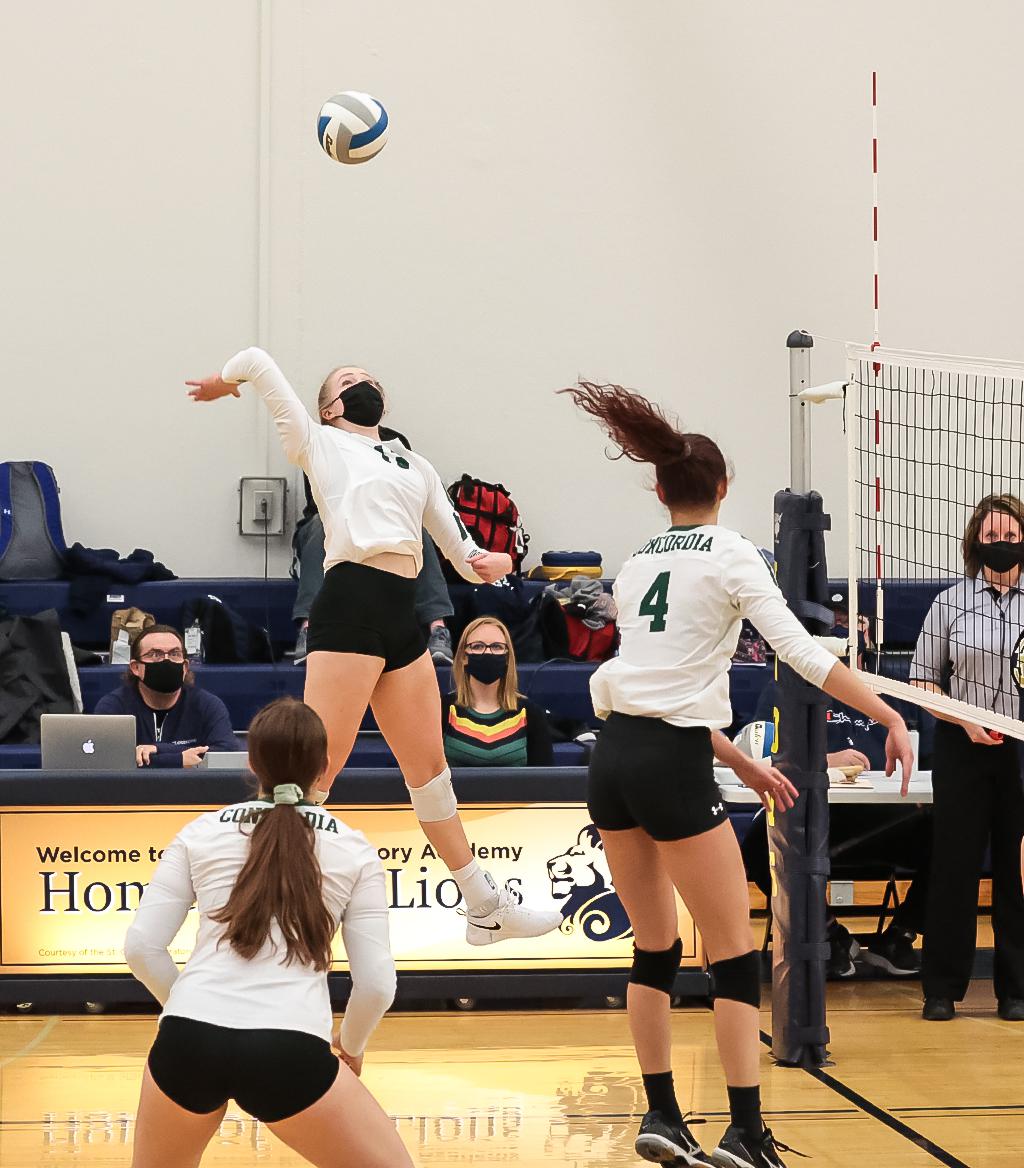 Outside hitter Kira Fallert (13) closes out the the match with her 14th kill of the night. Fallert and the Beacons remain undefeated in the Skyline Conference standings with a 3-0 win over St. Croix Preparatory Academy. Photo by Cheryl A. Myers, SportsEng 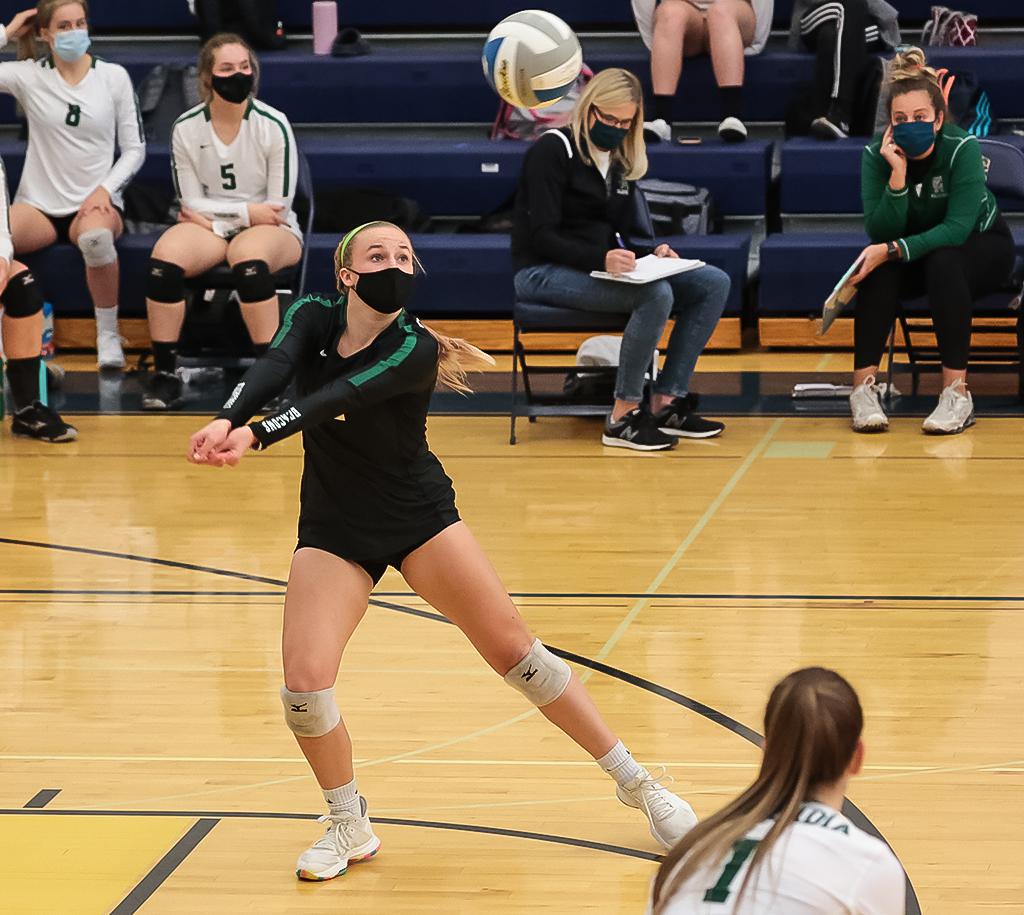 Looking at the three set scores of Wednesday’s match between Concordia Academy and St. Croix Preparatory Academy might be surprising based on the lopsided nature of them. But for the Beacons, that’s been par for the course in Skyline Conference play this season.

They picked up their sixth consecutive win, and sweep, in league play, defeating the Lions 25-9, 25-6, 25-9 at St. Croix Preparatory Academy.

Concordia Academy (7-1, 6-0) has had little trouble in defeating Skyline opponents this season, winning every set to date. The closest a league foe came to winning a set came in a 25-15 win for the Beacons against Maranatha on Oct. 22.

That dominant start for Concordia Academy, ranked No. 3 in the Class 2A coaches’ poll, can be traced to the skill and experience of seniors Kira Fallert and Brooke Weichbrodt. Fallert, an outside hitter, and Weichbrodt, a setter, are in their fifth season playing at the varsity level.

“We’ve just built that camaraderie,” said Beacons coach Kim Duis. “We know where everyone else is on the floor. It’s just been fun to see them grow this year.” 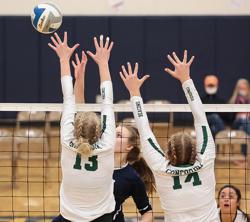 Their experience and skill level was on display Wednesday. Fallert and Weichbrodt connected on a number of passes and kills. Fallert led the way with 14 kills while Weichbrodt had a match-best 16 assists.

“We started off as little eighth graders,” Fallert said. “In the last few years, we’ve grown a lot and our connection is even stronger. I think Brooke does a great job running the court and being the quarterback of the team. It’s been really great working with her.”

As team leaders they help guide the group, especially during matches such as the one Wednesday against St. Croix Prep (5-2, 5-2) which quickly became a lopsided affair.

“Our biggest thing is controlling what happens on our side of the court and not letting them dictate things,” Fallert said. “Our goal is to play our best and maintain that high level all the time.”

The Beacons’ lone blemish this season came when they traveled to No. 1-2A Stewartville, which resulted in the Tigers taking a rematch of a Class 2A state tournament semifinal matchup from last year in three sets.

“That was a fun match,” Duis said. “We were glad to get it. We know they’re good. We haven’t seen any competition like that since.”

Since then, it’s been all conference play for the Beacons as they continue to sweep opponent after opponent.

To counter some of this dominance, Duis has turned up the intensity of practice, making six-on-six work a mainstay and trying to up the competitive level.

“This year, we have a lot of depth,” Fallert said. “It makes it really fun in practice. We just push each other and work really hard. Whenever we compete against each other, it’s really fun and really at a high level.”

While the matches played to date may not be an overwhelming challenge, they’ve given Concordia Academy a chance to have some fun in a weird pandemic year and the Beacons look forward to section play.

“We just play every day and see what comes next,” Duis said. “We’re hopefully preparing for the postseason and whatever that may look like.”

Concordia Academy has yet to lose a set in Skyline Conference play in 2020. That trend continued Wednesday. Playing St. Croix Prep for the second time this season, the Beacons won handily as they swept the Lions 25-9, 25-6, 25-9 at St. Croix Preparatory Academy.

As has been the case most of this season, senior outside hitter Kira Fallert was the fire for the Beacons’ offense with 14 kills. Assisting Fallert was senior setter Brooke Weichbrodt who had a match-high 16 assists. Meanwhile, senior libero Grace Landvik had a big part with 18 digs and four aces for the Beacons, ranked No. 3 in the Class 2A coaches’ poll. 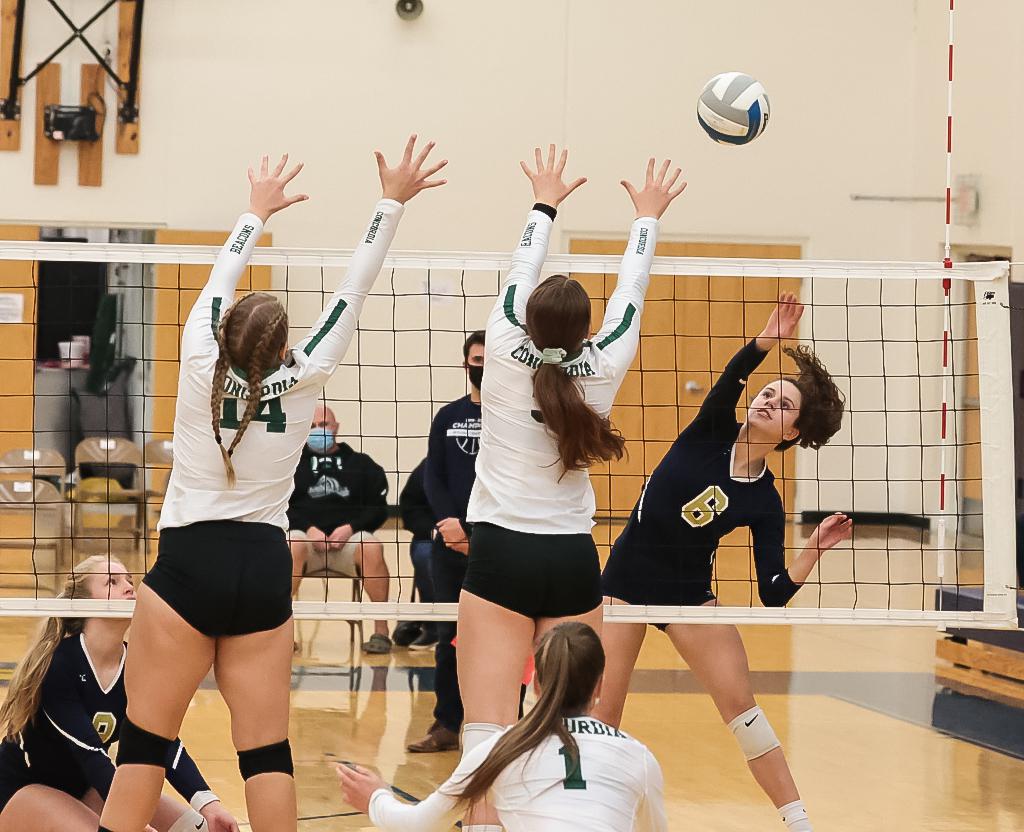 Sophomore outside hitter Kate Neau (6) sends the ball past Emma Revoir (14) and Brooke Weichbrodt (3). Neau had a team-high three kills for St. Croix Preparatory Academy in a 3-0 loss to Concordia Academy. Photo by Cheryl A. Myers, SportsEngine