With their defeat of the Orioles, the Rebels have yet to lose to a Northwest Suburban Conference opponent this season. 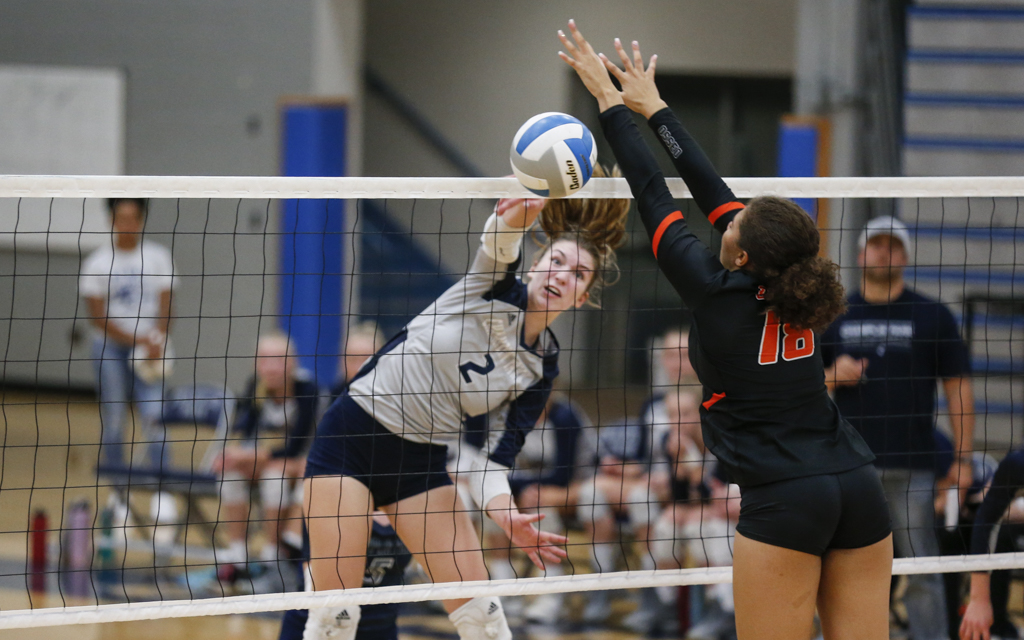 Year after year, Champlin Park volleyball graduates standout players, then tries to revamp its roster with younger athletes who come in and hope to play as well as their predecessors.

Since the 2014 season, every team has been able to live up to those expectations, as the Rebels have finished with the best record in the Northwest Suburban Conference for five straight years.

After the Rebels (10-6, 6-0) defeated Osseo 25-21, 25-21, 25-9 at home on Tuesday night, it looks like they might reign supreme in the conference standings a sixth straight season, given they’re now the last undefeated team in the Northwest Suburban. 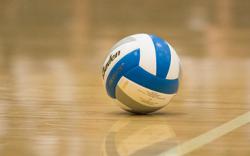 Not only have the Rebels, ranked No. 9 in the Class 3A coaches’ poll, dominated the conference, they’ve won the Class 3A, Section 5 championship each season since 2014. Yunker said defeating Osseo was significant due to the implications it has on section seeding, given the Orioles also reside in the section.

“Tonight we knew what was at stake — it’s really a seeding thing. It’s going to be huge for seeding,” he said.

The Rebels responded to those high stakes, though it took a bit to get going. The Orioles (13-5, 6-1) jumped out to an early 5-3 lead in the first set, taking advantage of some Rebel mistakes. Yunker called a timeout to regroup his girls.

“It got a little away from us, not paying attention to some of the details we ask them to pay attention to. They did a great job responding,” he said.

The Rebels were in control from there, winning the first two sets 25-21, and securing the match with a 25-9 blowout in the third and final set.

It was an impressive team performance, but senior Sami Hilley stood out for her versatility. Before this season, she had been a middle hitter focused on kills and blocks. She still does those things well — as her five kills and four blocks against the Orioles proved — but she’s also transitioned into a setter this season. It’s something she has embraced.

“I’ve always wanted to set. I’ve always asked John if I could and he said no because we had setters,” Hilley said.

Setting looked natural to her, as she finished with a match-high 15 assists against the Orioles. Many of those assists went to teammate Jordan Stalpes, who finished with a team-high nine kills.

“I couldn’t be prouder of her for stepping in and saying, ‘Alright, senior year I’m going to set, let’s do it.’ It’s not the easiest position to play at a high level, especially when you haven’t played it your entire career,” Yunker said. 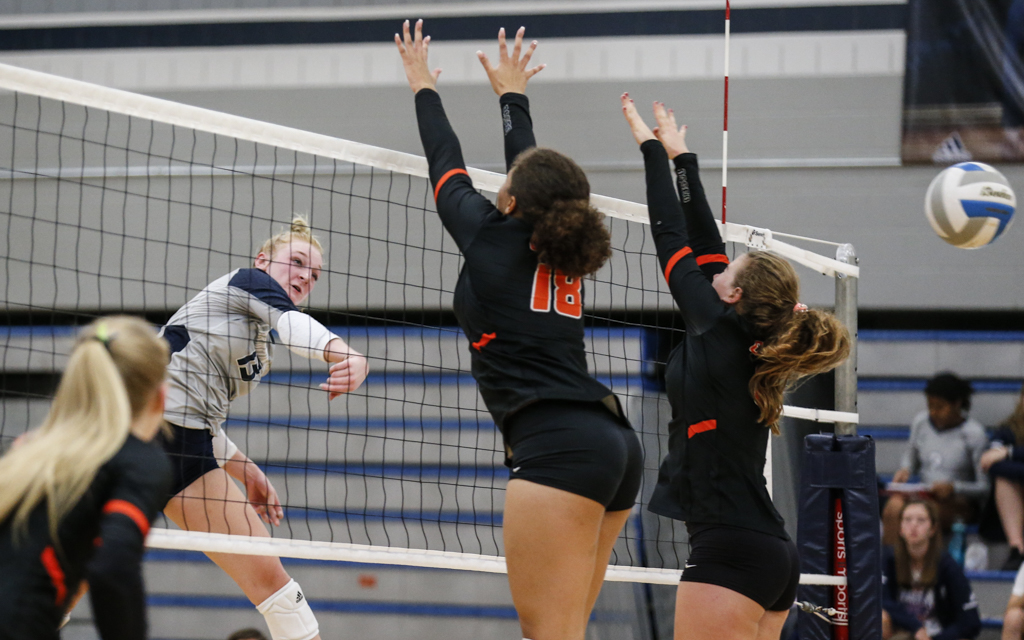 Champlin Park’s Jordan Stalpes (13) gets a kill late in the match against Osseo. The Rebels defeated the Orioles in three sets Tuesday night at Champlin Park High School. Photo by Jeff Lawler, SportsEngine

Champlin Park cruised to a 25-21, 25-21, 25-9 straight-sets home victory over Osseo on Tuesday night to stay perfect against Northwest Suburban Conference opponents this season.

Champin Park, ranked No. 9 in the Class 3A coaches’ poll, won the second set, again by a four-point margin, setting up the chance to finish the night in just three sets. The Rebels, led by Sami Hilley, dominated the third set 25-9, at one point going on a 13-0 run.

Hilley seemed to do a little bit of everything Tuesday. She had team-highs in set assists (15) and blocks (four) and she added five kills and a dig. A lot of her assists went to Jordan Stalpes, who had nine kills for the Rebels.

The Orioles (13-5, 6-1) had a balanced attack, as Elliana Techam and Kennedy Nelson both had over 10 assists. Lindy Oujiri led the team with 10 kills, while teammate Ali Hinze added nine. 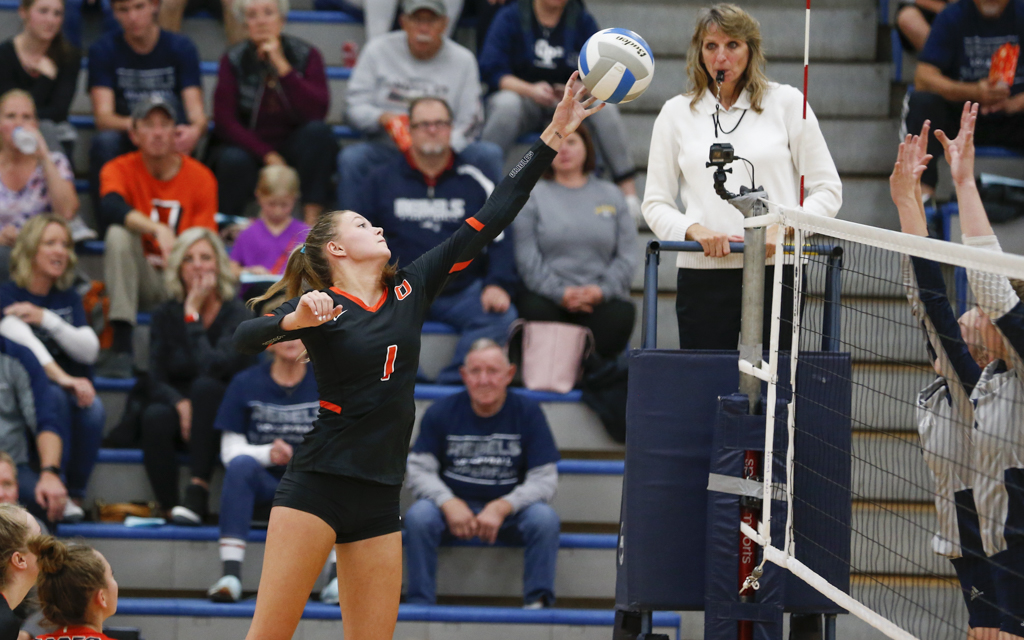 Osseo's Lindy Oujiri (1) taps the ball at the net against Champlin Park Tuesday night. The Orioles fell in straight sets to the Rebels in a Northwest Suburban Conference match at Champlin Park High School. Photo by Jeff Lawler, SportsEngine