The setter and future Wisconsin Badger was honored as the state's top senior. 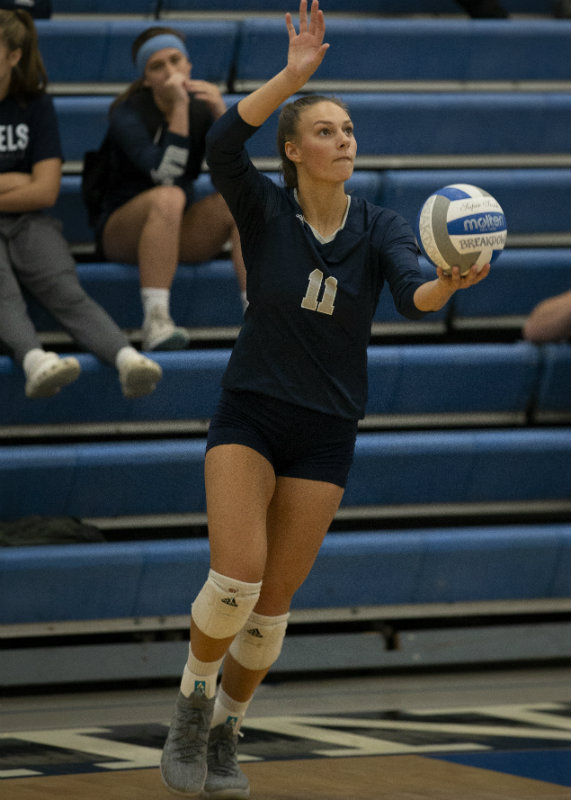 Izzy Ashburn of Champlin Park was chosen this year's Ms. Baden. A senior setter, Ashburn led the Rebels to the Class 3A state championship on Nov. 10 after beating Eagan in five sets. Photo by Jeff Lawler, SportsEngine

Champlin Park’s Izzy Ashburn was selected this year’s Ms. Baden at a state tournament banquet on Nov. 7. The award is presented to the state’s top senior player after finalists are determined by a selection committee appointed by the Minnesota Volleyball Coaches Association.

Ashburn, a setter committed to Wisconsin, went into this year’s Class 3A state tournament with over 1,000 set assists on the season. Standing 5-foot-11, she was named to this year’s Star Tribune All-Metro first team, and in addition to her setter skills, she’s been known to command attention for her ability to garner service aces.

After completing a 27-win regular season where the Rebels lost just two regular-season matches — including a 2-1 tournament loss to Eagan in late October — Champlin Park ran the table in the Class 3A, Section 5 playoffs. The Rebels knocked off Park Center, Rogers and Wayzata, respectively, without losing a set, to reach state at the Xcel Energy Center in St. Paul.

The Rebels beat Moorhead 3-0 in the state quarterfinals and upended Lakeville South 3-1 before meeting Eagan in the championship match. At the conclusion of the state tourney, Ashburn finished the season with 1,148 set assists.