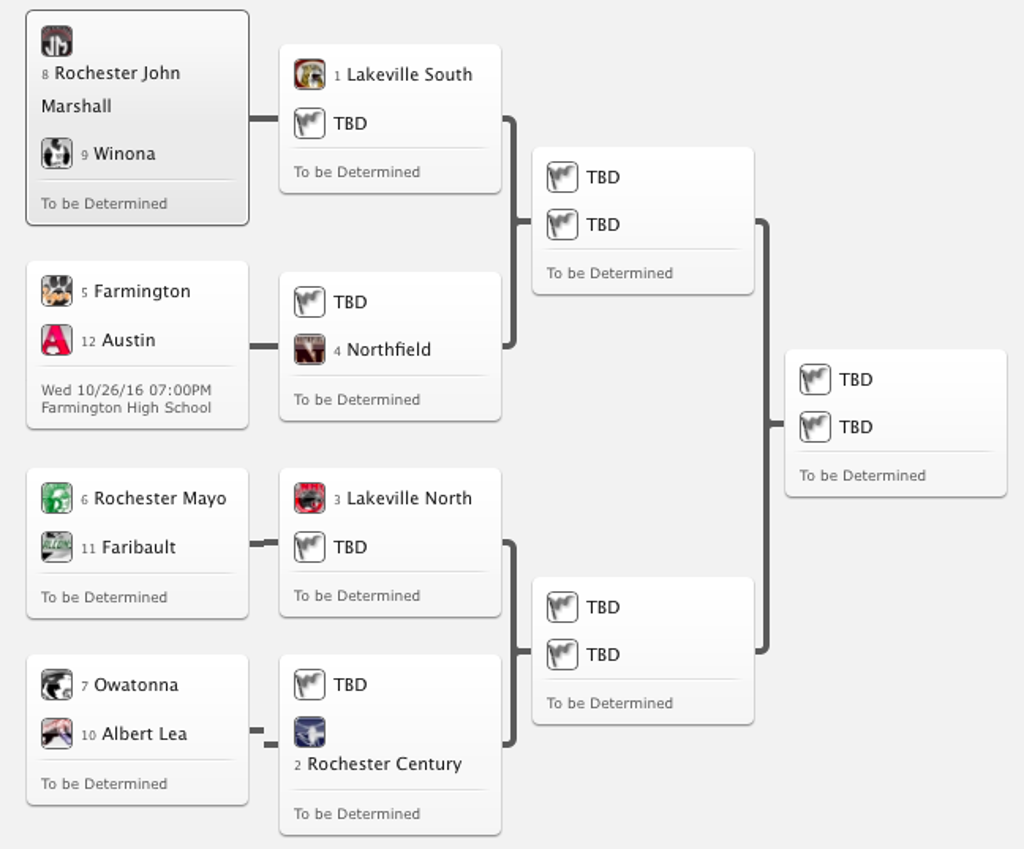 2015 state champion Eagan has the opportunity to defend its Class 3A title seeded No. 1 in the tournament. Ranked No. 1 in the 3A coaches' poll, Eagan (24-1) has a first-round bye and looks to defend its crown in the section quarterfinals on Thursday at 7 p.m. Also receiving a top seed and reprieve from the first round is No. 2 Lakeville South (25-3), who won’t play until Thursday. Lakeville South narrowly lost to Eagan in five sets on Oct. 13.

For teams that did not qualify to skip ahead to the quarterfinals, first round play will be held on Tuesday and Wednesday. Determining the eight bracket seeding were the coaches of the clubs who qualified for the tournament.

Unlike in Class 3A or Class 1A tournament play, there are no automatic advancements for top seeds.

The Class 1A tournament begins Monday but top seeds like No. 1 Bethlehem Academy (15-8-0) bypassed the Round of 32, skipping ahead to the Round of 16 on Thursday at 7 p.m. at Bethlehem Academy High School. Bethlehem Academy’s regular season record is less impressive than many teams they’re seeded against, but several of their losses have come against highly ranked Class 3A and Class 2A opponents, including Eagan, North St. Paul and Belle Plaine.

No. 7 Waterville-Elysian-Morristown (22-1-3), last year’s Class 1A state champion, and No. 2 Mayer Lutheran (19-6-1) are competing in the same bracket as each other. Neither team will play until Thursday night. The two clubs last played each other on Sept. 1, with Mayer Lutheran winning on the road, 3-0.