The Panthers matched last year's win total and remained perfect in league play this season after defeating the Sabers. 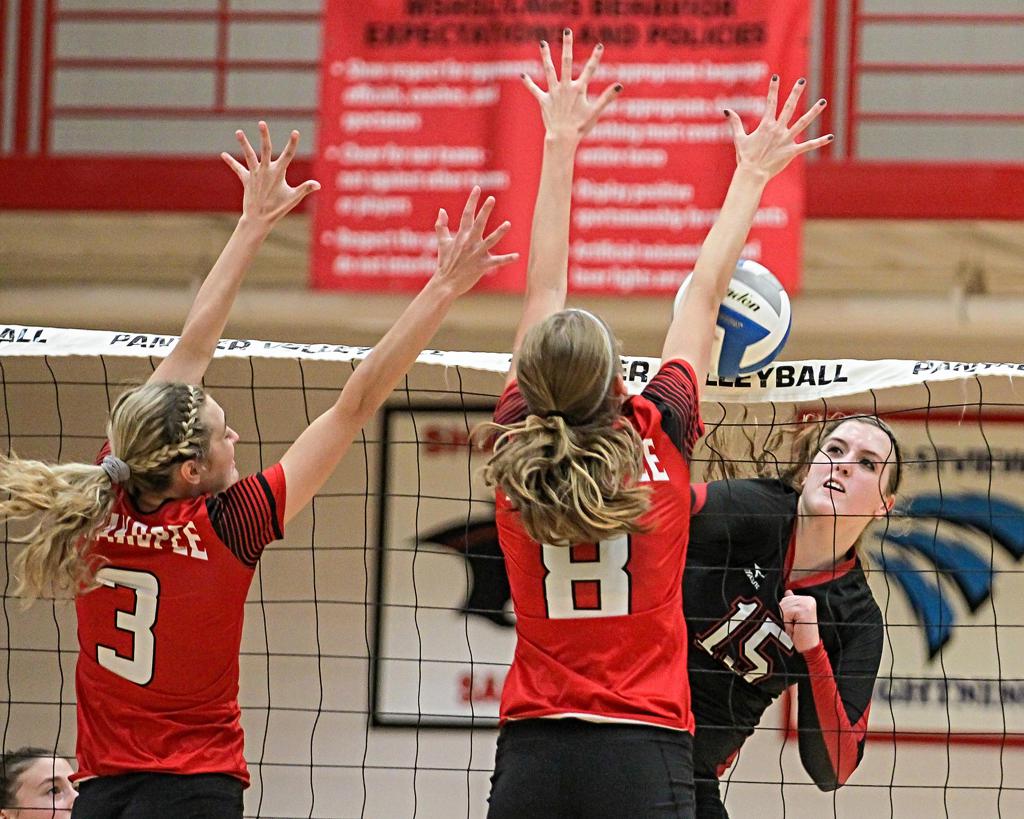 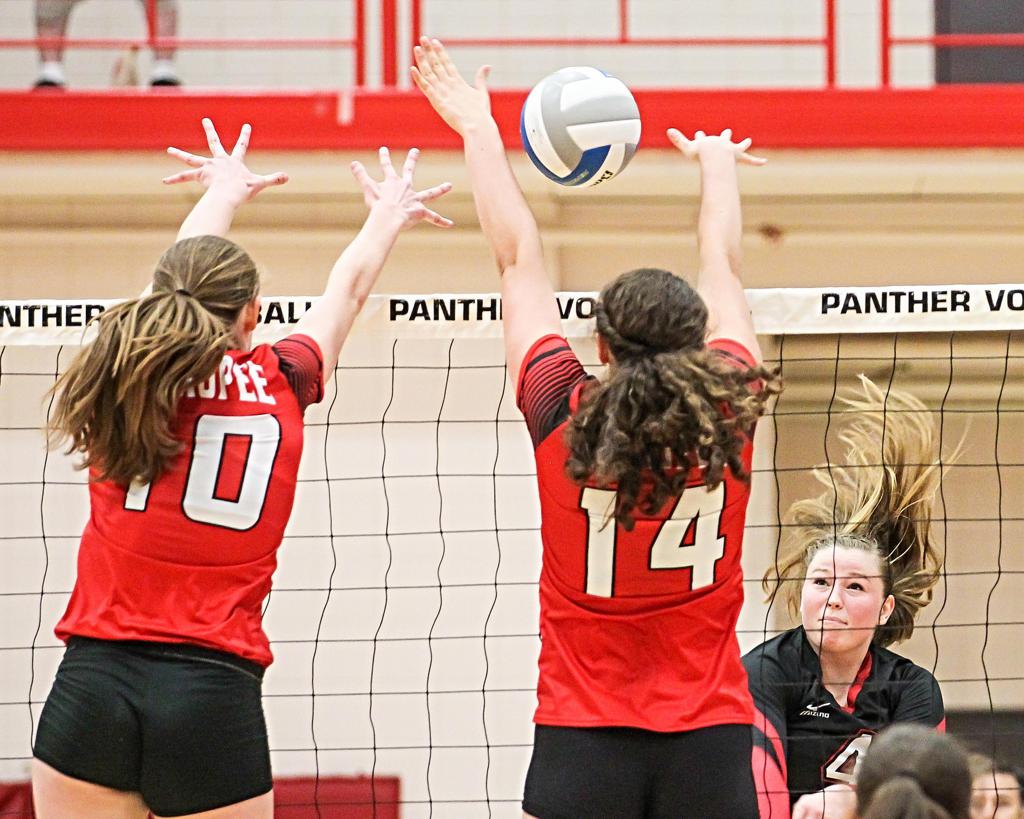 Conceding points early in sets does not phase Lakevile North.

It’s actually been a quasi-theme of the Panthers' play this season.

“That’s kind of been our trend so far this year,” Lakeville coach Jackie Richter said after Tuesday’s South Suburban Conference match against Shakopee. “We are really good at coming back."

Despite fast starts from Shakopee in the second and third sets, Lakeville North remained undaunted, staging impressive comebacks to win both sets and the match 25-19, 25-21, 25-23.

The sweep of the Sabers, ranked No. 8 in the Class 3A coaches’ poll, is a far cry from the type of performance turned in by the Panthers a year ago, when a team that posted a 9-20 record and fell twice to the Sabers.

“All 11 (players) worked really hard in the offseason,” Richter said. “All 11 played club volleyball and came in really motivated in practice to make some changes.”

One player who has improved is Macy Winter. The sophomore outside hitter had a match-high 15 kills on Tuesday, increasing her season total to 111 for the No. 7-3A Panthers (9-2, 3-0).

Richter praised Winter for her growth during the offseason and credited the entire team’s mindset as the instrument behind Lakeville North’s turnaround.

“Thankfully, we have really mentally tough girls that didn’t hang on to the last season,” Richter said.

Shakopee coach Matt Busch commended Lakeville North for not allowing the start of the second and third sets to affect its energy on the court.

“I would say the difference between all three sets tonight is when Lakeville North did have the lead or didn’t have the lead, they chose to never let down,” Busch said, adding that his own team’s lack of communication didn’t help the outcome.

“We weren’t speaking on the court,” Busch said matter-of-factly. “That’s been a problem we’ve had for the last couple of days.”

Sophomore outside hitter Rachel Kilkelly and senior middle blocker Anna Blaschko each had 10 kills to lead the Sabers.

Amanda Burger tallied a team-high 38 assists while outside hitter Elizabeth Juhnke and middle blocker Kennedy Brady finished with eight kills apiece for the Panthers (9-2, 3-0), ranked No. 7 in the Class 3A coaches’ poll.

Outside hitter Rachel Kilkelly and senior middle hitter Anna Blaschko each had 10 kills to lead No. 8-3A Shakopee (7-3, 1-3).