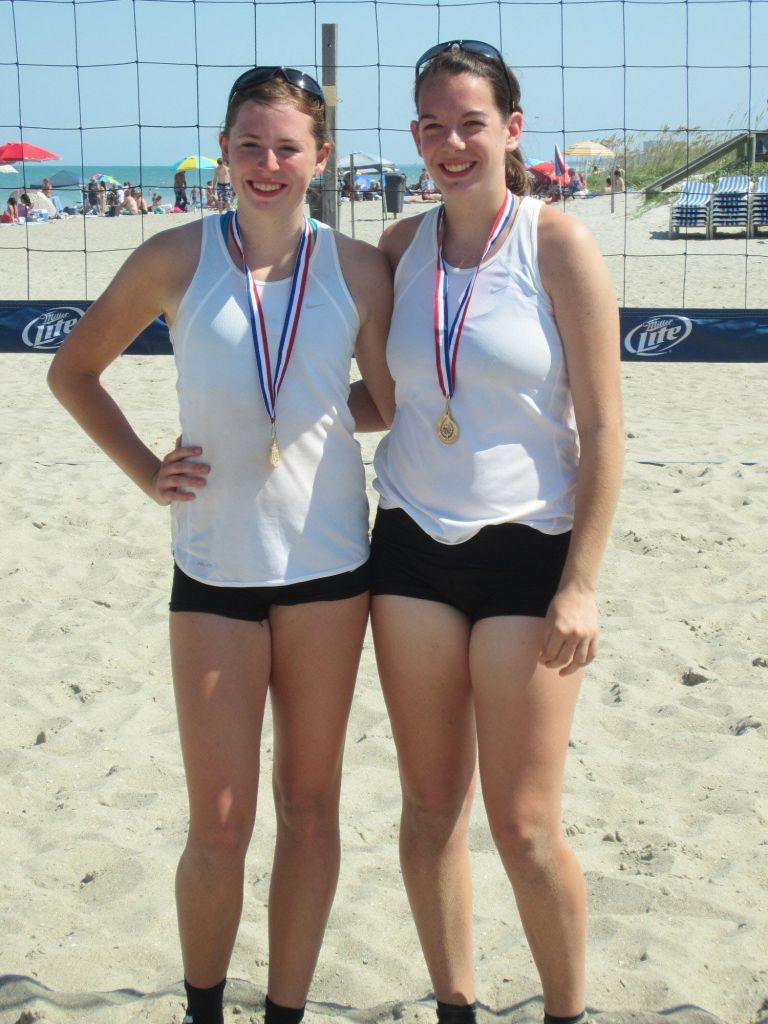 But there are two real scholarships to Georgia State waiting for a pair of Minnesota high school volleyball players. The unique catch? Their scholarships are for sand volleyball -- more commonly referred to as beach volleyball by those most familiar with the two-on-two sport from the Olympics. Sand volleyball is heading into its second year as an NCAA sport; Delaney Rohan of Totino-Grace and Natalie Wilson of Wayzata are among the early beneficiaries.

The pair, who have played together nationally in sand tournaments while also playing court volleyball at the high school and club level, will sign National Letters of Intent to play sand volleyball for Georgia State -- located in downtown Atlanta -- on Wednesday.

"I started playing with Natalie when I was 15, and she has a [sand] court in her back yard," Rohan said. "When we started playing, we didn't know anything about it. We thought, 'How cool would it be if they made it a college sport.'"

That became reality this past spring, with the first season ever of NCAA sand volleyball. Georgia State was not among the 16 schools playing last year, but it is fielding a team this season.

Rohan and Wilson caught the eye of Georgia State coaches at a recruiting camp in Ft. Lauderdale, Fla., and eventually a pair of Minnesotans were committed to a school in Atlanta. They each will have partial scholarships, the amounts of which are expected to grow as the program takes hold.

Georgia State built courts on its campus, but many of the actual competitions will take place in Florida -- on real beaches. As the weather turns in Minnesota this winter, Rohan and Wilson will take their sand training indoors to a facility in Crystal as they continue to build chemistry.

"The coach addressed right away that even though they were recruiting both of us they couldn't guarantee we would play together," Rohan said. "Obviously it would be great if we could."

Wilson agreed, saying, "It's awesome just to be able to go there with her, but to play with her would be even better."

From there, who knows where the future will take them.

"My high school teammates are so happy, but the first thing they say is, 'I can't wait to see you in the Olympics,'" Rohan said with a laugh. "That's a long ways away."