The Minnesota Volleyball Coaches Association selected the senior outside hitter for a solid career with the Lakers. 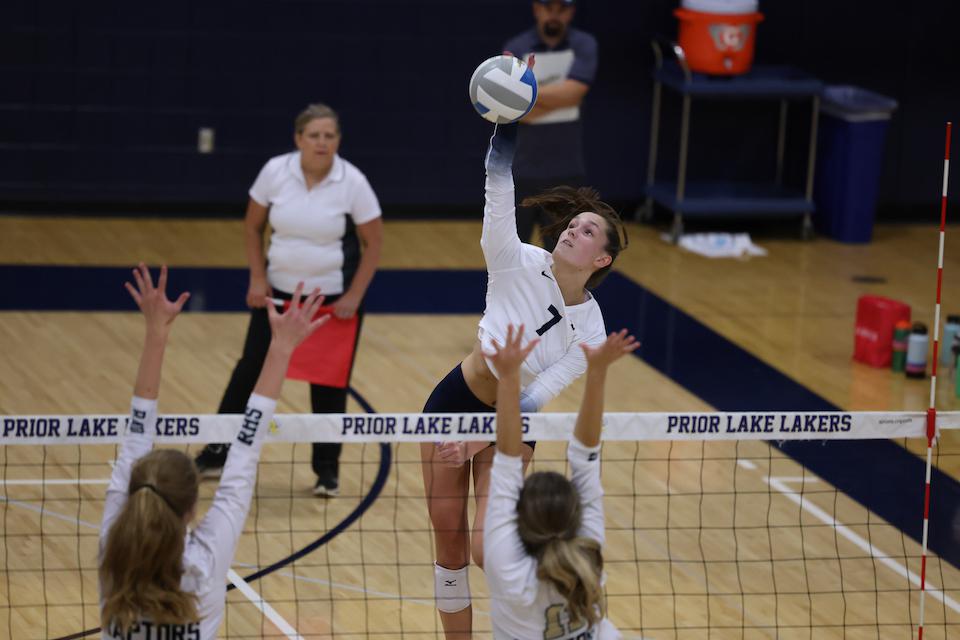 Julia Hanson spikes a ball in a match against East Ridge. Photo by Jeff Lawler, SportsEngine.

Prior Lake’s Julia Hanson already had many career accolades, but she recently added one more to the list: the 2021 Ms. Baden Volleyball Award.

The award is presented by the Minnesota Volleyball Coaches Association to the state’s top senior player based on the entirety of her prep career.

The Lakers outside hitter was named to the South Suburban all-conference team three times, the all-state team twice — including this season in Class 4A — and to the Star Tribune all-metro first team twice. Hanson was also the 2021 Star Tribune Metro Volleyball Player of the Year and a three-time Prior Lake MVP.

Hanson had an outstanding senior season. She was second in the state in kills with 537, based on stats submitted to MN Volleyball Hub. She helped Prior Lake to a 7-2 record in the South Suburban Conference and a 14-15 overall record.

“And when I jump high, I can just kind of float in the air. It gives me the ability to see around the block,” Hanson told the Star Tribune.

Hanson is signed to play volleyball for the University of Minnesota.