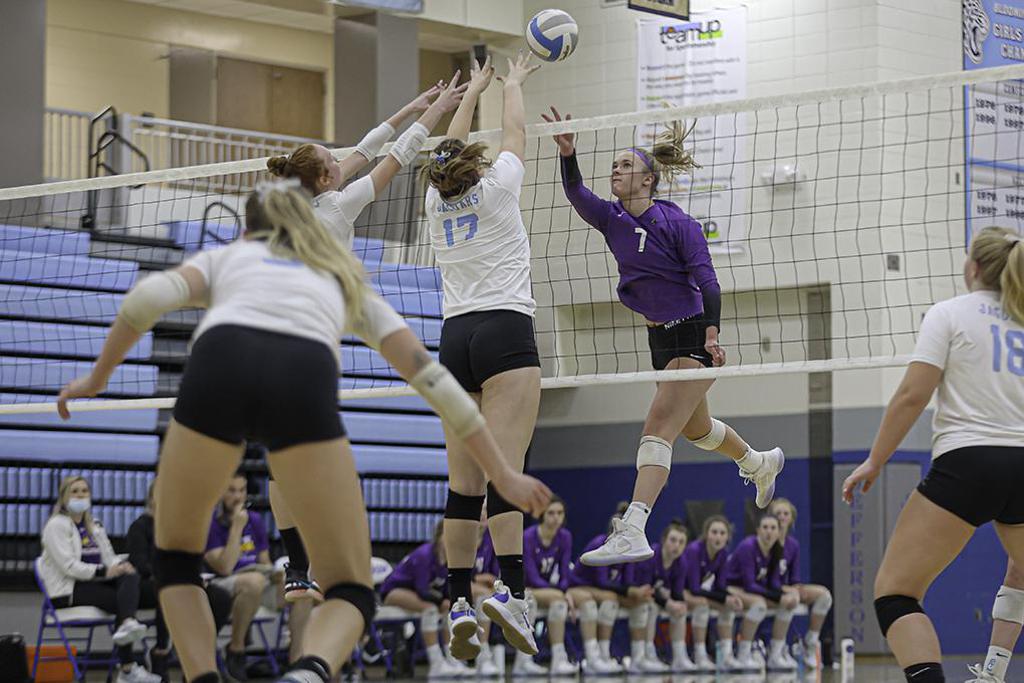 “A win is a win,” Murphy said. “I was not real happy with exactly how it got played out. … But we take it as a positive and keep moving forward.” 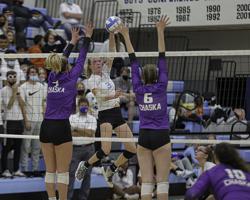 No team had a clear-cut advantage throughout Tuesday’s affair, with both teams grabbing early, large leads, only to see them disappear in a matter of minutes.

“They were a lot better tonight then we’ve seen them on film,” Chaska outside hitter Mallory Heyer said. “They were super scrappy, got everything up and they hit pretty well tonight.”

The scrappiness was on full display in the third set.

“We didn’t receive very well,” Murphy said. “That took us out of our game, and when we are out of that game, then our offense is out.”

The Jaguars arrived on five set points, and after an extended volley, finally secured a two sets to one lead thanks to a Eleanor Erickson kill. Cassandra finished with a game-high 17 kills, while Elliana tallied 16 to lead Bloomington Jefferson.

Chaska (15-6) responded, jumping out to an early 10-2 lead in the fourth set, and once again held a 16-8 advantage. The Hawks wouldn’t falter this time, however, eventually taking the fourth set thanks to overall cleaner play and smarter play.

“I just thought we came out with more energy in the fourth set,” Heyer said. “We didn’t play scared in those sets.”

Murphy added the team’s level of IQ was different from set three.

“We were smarter players,” Murphy said. “Executing when you can, and when you can’t, knowing where to put the ball.”

Despite the close score line in the fifth set, Chaska was always a step ahead, holding one or two point leads throughout, and eventually serving it out, something the team struggled with.

“We missed a few serves here and there,” Heyer said. “That hurt us, but in the end, we came out on top.”

Heyer led the Chaska charge. The 6-foot-2’ senior posted 15 kills, using her power, height and leaping ability to keep the Hawks within striking distance throughout.

“She has a lot of power and drive,” teammate Avery Rosenberg said. “You know she wants to play and her head is always in the game.”

Heyer has committed to play women’s basketball at the University of Minnesota, all while looking just as comfortable on the volleyball court.

“It’s good to have someone who is reliable like that,” Rosenberg added.

Rosenberg was just as consistent Tuesday, posted a team-high 16 kills.

“She brings a lot of energy, she has a powerful swing,” Heyer said. “She’s a great hitter for us.”

Tuesday’s match was between the top two teams in the Southwest Metro Conference, and with the win, Chaska remains a perfect 7-0 in conference play, something Rosenberg believes stems from last year’s results.

“We just have a lot of motivation,” Rosenberg said. “We were conference champs last year too, and even though last season was kind of weird, we still have a good vibe for this season, and since it is a complete season, it’s full motivation, full push.” 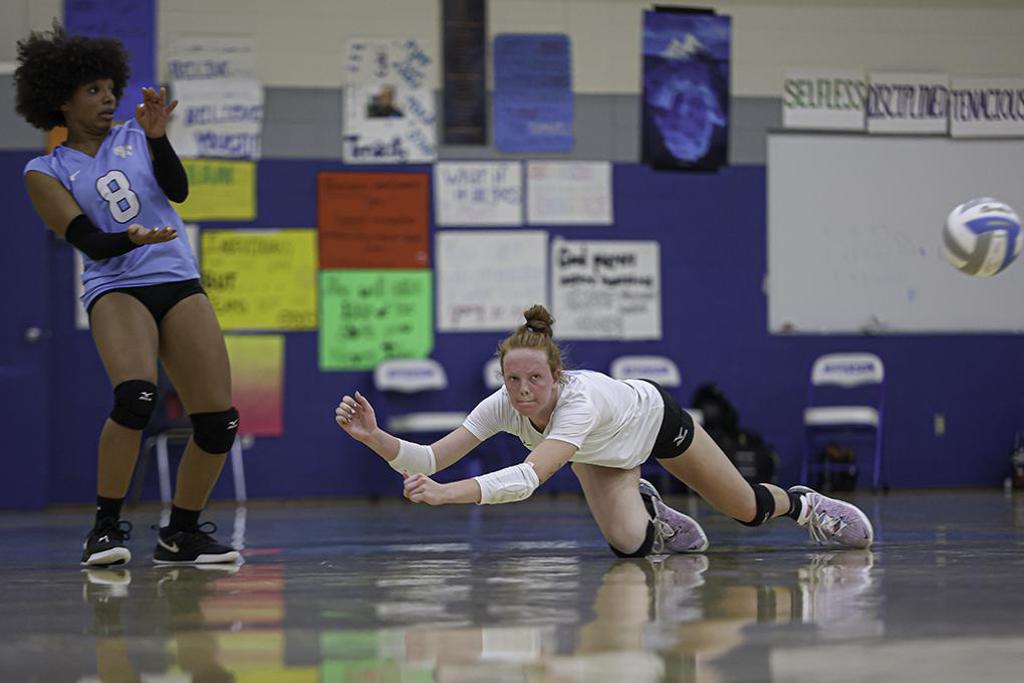 Jefferson's Ellie Sieling dived for a serve in front of teammate Paris Alvarez. Sieling returned to the Jaguars' lineup after missing the previous 12 games with a sprained ankle. Photo by Mark Hvidsten, SportsEngine

It was a back-and-forth battle between the two Southwest Metro Conference teams. No. 4-4A Chaska (15-6) took the opening set after trailing throughout. The Jaguars (12-9) led 20-17 at one point, but Ella Christ’s kill secured the first set for the Hawks.

Elliana Sieling had a strong finish in set two, helping the Jaguars tie the game at a set apiece. Elliana finished with 15 kills on the night.

A huge rally from Bloomington Jefferson helped the home team grab a thrilling third set. Trailing 16-8, the Jaguars marched all the way back, securing the set on the team’s fifth try. Eleanor Erickson recorded the set-sealing kill.

Chaska’s Heyer and Rosenberg got the Hawks back on track, taking an early lead in the fourth, and this time holding on to a 16-8 lead to take it to a final fifth set.

Heyer finished with 15 kills, while Rosenberg posted 16, leading Chaska to a fifth-set win thanks to cleaner play and help from the net on match point. 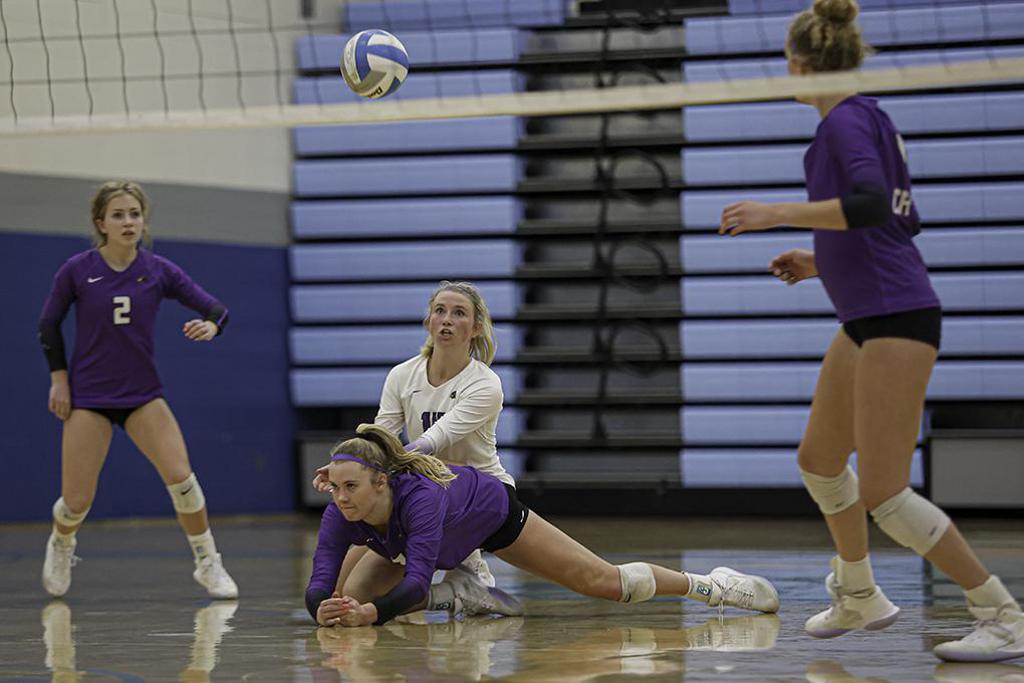 Chaska's Lucy Dardis (back) and Mallory Heyer got tangled up on a serve return late in the fifth set. Photo by Mark Hvidsten, SportsEngine