Eden Prairie led late in the first set, but a crucial timeout put Wayzata on track to win. 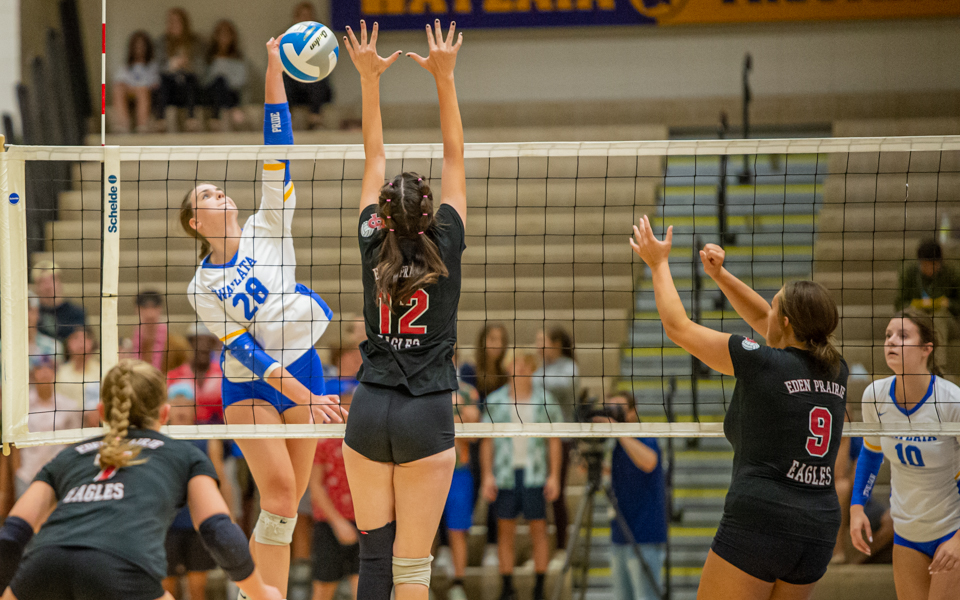 Wayzata’s Katy Riviere (28) sends a kill shot across the net Tuesday night in the first set as the Trojan’s sweep the Eagle’s 3-0 at home. Photo by Earl J. Ebensteiner, SportsEngine

It has been 724 days since Wayzata has lost a volleyball match.

The Eagles (11-3, 4-1), ranked No. 3 in Class 4A, came in with a perfect Lake Conference record and were the one team set to compete with the Trojans for a shot at the Lake Conference title. It looked like they were up to the task early in the match, as they held a 22-19 lead in the first set, forcing the Trojans to take a timeout to talk things over.

“I think the timeout really helped to calm us down, to make less errors. We needed one big deep breath and then we were good to go,” Wayzata setter Stella Swenson said. 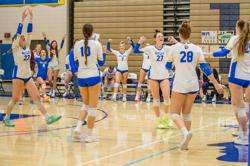 The Trojans came out of the timeout and tied the set at 24-24, forcing the Eagles to call a timeout of their own. Two points later and the Trojans walked away with a 26-24 opening set victory.

When asked what was said during the timeout, Wayzata coach Scott Jackson said, “I was thinking long-term. Who knows how the set is going to play out. You know we want to win that set, but I was just trying to help them with the things that would carry them for the match and that was defense.”

That message certainly stuck with his team, as the Trojans played relentless defense for the rest of the match. They constantly contested the net, and even when the Eagles were able to get off clean hits, the Trojans almost always had a player in the right spot to dig it. Scoring on them in the second and third sets became like trying to get a winner past Rafeal Nadal on clay — nearly impossible.

“I have a coaching friend who years ago used to coach at White Bear Lake, guy named Huy Nguyen, who used to say, ‘Defense wins championships, offense determines how many you win by’,” Jackson said. “That’s a remembrance for me coaching-wise, so we’ve got to build everything around defense.”

The offense was pretty good too, and that was led by the play of Swenson. She led the match with 33 assists, and she was able to help four of her teammates get five or more kills in the match.

Swenson said she determines who she’s going to set up based on “whoever’s calling the loudest or whoever’s on fire.”

“Mel Goldstein was just killing it, so I had to set her the ball,” she said.

The Eagles were led by Cameron Berger, who had 11 assists and a kill. Piper Lange led the team with five kills.

The postseason is now a couple weeks away, and the Trojans, still technically the defending state champs, are eager for their chance to repeat.

“Being reigning champs feels really good, and it feels kind of fun to have a target on our back because it makes us want to play harder,” Swenson said. 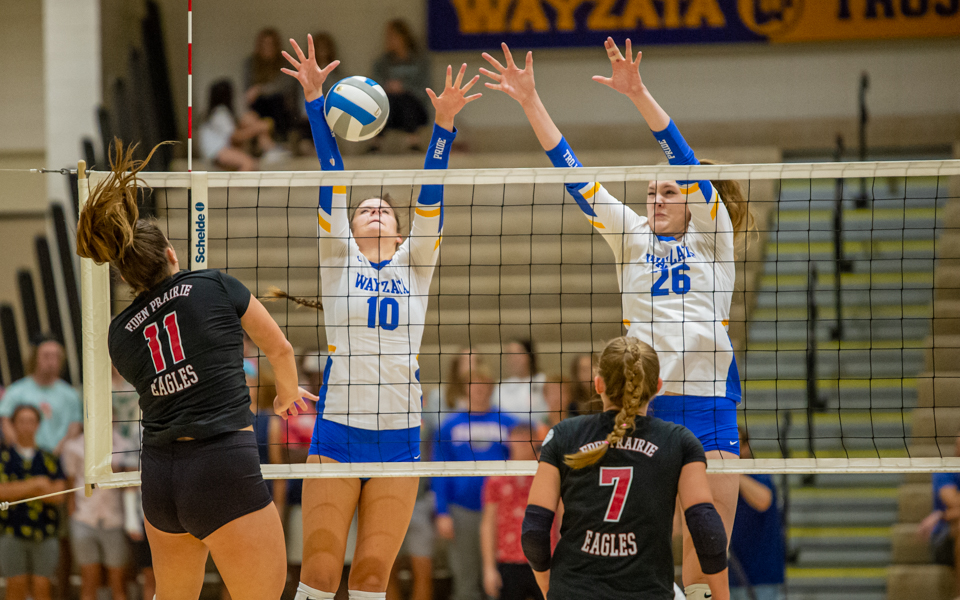 The first set was a thriller. Both teams came out with intensity in a huge Lake Conference matchup. The Eagles (11-3, 4-1) eventually held a 22-19 lead, which forced the Trojans (19-0, 5-0) to take a timeout. They were able to regroup and take the opening set 26-24. The rest of the match was not nearly as close, as the Trojans won the second set 25-18 and closed the match out with a commanding 25-12 third set victory.

Stella Swenson was in the middle of all of the Trojans’ attacks. She led the match with 33 assists. She spread out the assists to five different hitters, but it was Katy Riviere who reaped the most rewards, as she led the team with 13 kills. 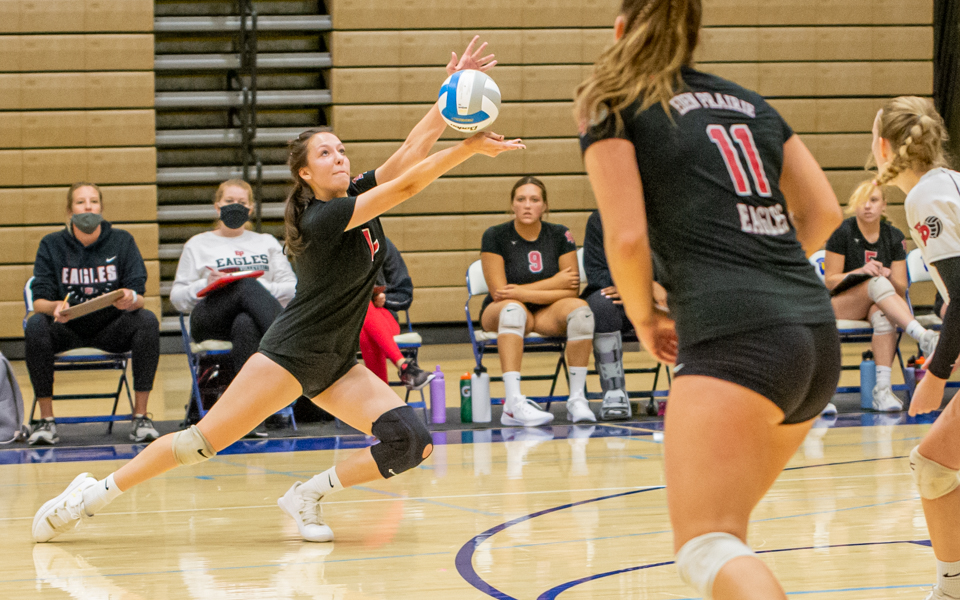