See who fans voted as the top performer from Sept. 27-Oct. 3. 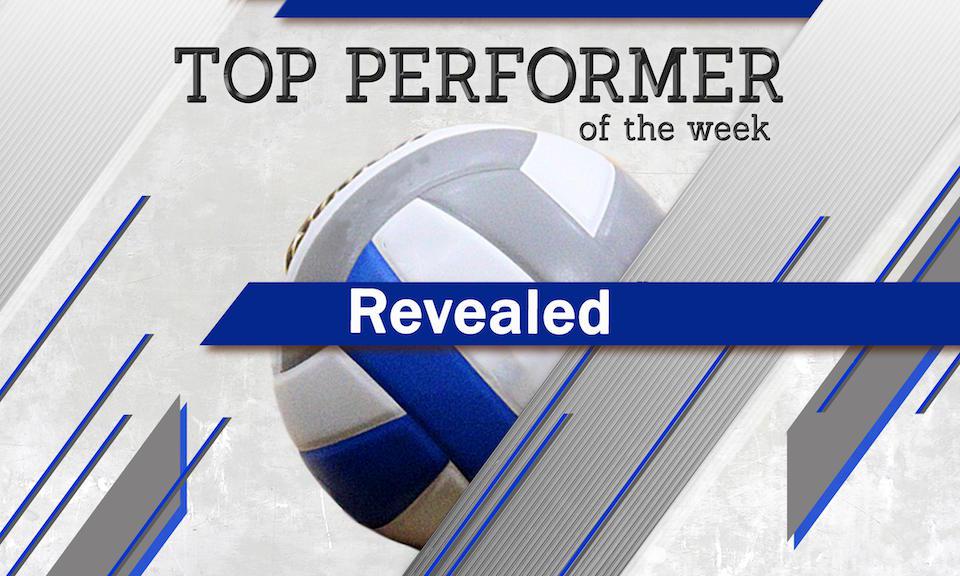 Molly Krentz, Sibley East. Krentz had one of the best all-around performances of the week. In a Sept. 28 3-2 win over LaSueur-Henderson, Krentz had six service aces, 25 kills and 15 digs. The aces and kills were a season high for Krentz as Sibley East went to 3-3 in Minnesota River Conference play.

Lizzy Lampert, Holdingford. Lampert had one of the best defensive performances of the week. On Sept. 28, she had a season-high 41 digs in a 2-3 loss to Pierz. She has 139 digs on the season.

Abby Haus, Sartell-St. Stephens. The Sabres got a crucial 3-2 victory over No. 3-3A Willmar in the Central Lakes Conference game last week. Haus was a big reason why. She had five solo blocks, five block assists and  14 kills. The Sabres are now tied for first in the conference with Willmar and Alexandria at 6-1.

Lydia Larson, Willmar. Haus wasn’t the only top performer in that game. Larson had 50 assists in the Sept. 28 loss to Sartell-St. Stephens. She followed that performance with 36 assists in a 3-1 win over Sauk Rapids-Rice. She is third in the state in assists with 488.

Emma Lade, Mayer-Lutheran. Lade had an impressive 47 assists in a Sept. 28 2-3 loss to Southwest Christian. Lade is eighth in the state in assists with 438. Mayer-Lutheran is No. 1-1A and 17-1 overall.