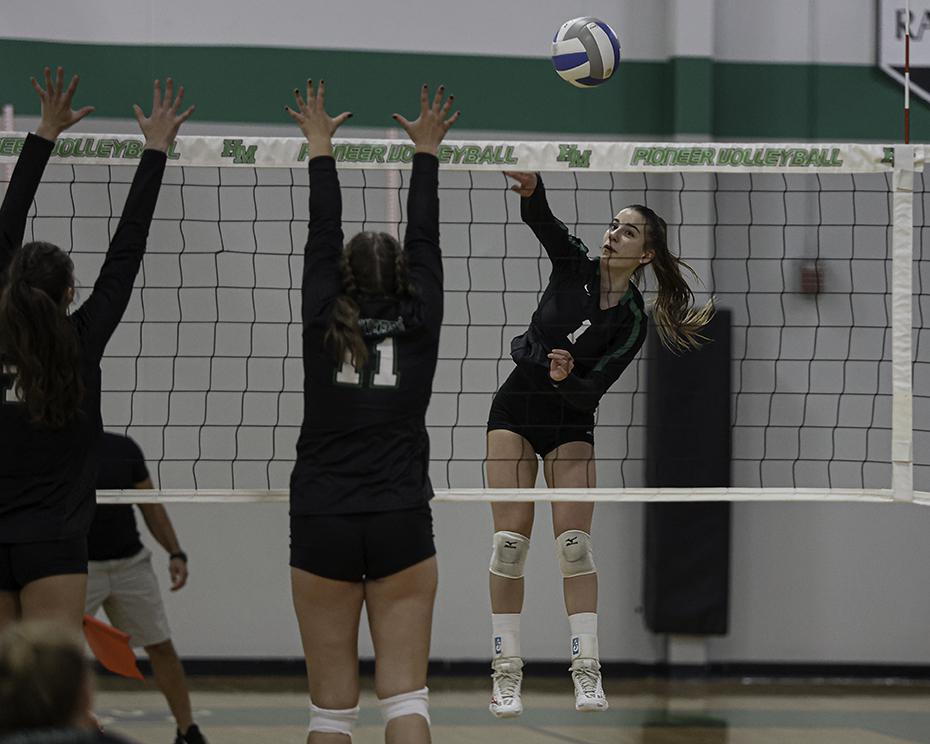 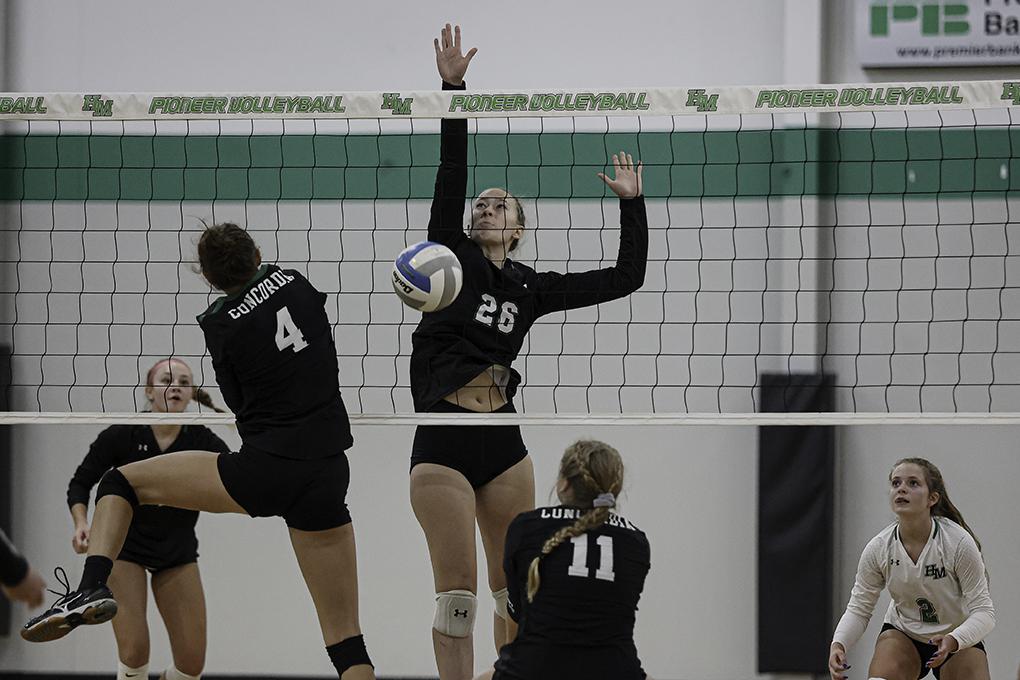 Kim Duis will tell you her success at Concordia Academy is just an extension of a rich and proud volleyball tradition at the small private school.

Two hundred and fifty career victories? Duis was at a loss to find personal meaning in reaching that milestone after Concordia Academy's 25-20, 25-10, 25-21 victory at Hill-Murray on Tuesday night. 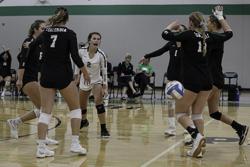 After all, the man who coached Duis at the same school — Steve Dickhudt — retired with 421 career victories in 21 seasons. Duis, who spent a few years as an assistant to Dickhudt, said she's just helping to continue the tradition.

The Beacons perennially are among the top teams in Class 2A. They have made 15 state tournament appearances since 1984, won two state titles (1984 and 1987) and have been to five of the last six state tournaments. Despite losing five-year starters Kira Fallert and Brooke Weichbrodt and six more seniors to graduation last spring, Concordia Academy (2-0) still is ranked sixth in the latest Class 2A coaches' poll.

Seniors Gia Waters, Shaina Zinter, Makenzie Roettger and Nora Wilhelm and newcomer juniors Ava McTeague and Kyla McTeague have picked up the slack. Their powerful hitting kept Class 3A Hill-Murray (1-1) off balance and ignited a 13-0 run in the second set that dispirited and disorganized the Pioneers.

Waters had 14 kills to lead the Beacons and a few of her blasts set the run in motion and ignited her teammates' enthusiasm.

"We were feeling like nothing could stop us," said Roettger, a middle blocker who had five kills. "We got some big hits from the outside and we just kept building off that energy."

Hill-Murray coach Tim Walen couldn't argue with that. He watched his team lose focus as the Beacons kept pounding away.

"We hadn't seen arms like these yet," Walen said. "We hadn't been tested with the kinds of swings and power that they showed."

Duis said her group is learning to play as a team. Wilhelm is in her first season as the team's setter and she seemed to be in command at Hill-Murray, finishing with 38 assists.

The Pioneers' Walen is certain that will happen, especially with Duis leading the squad.

Duis is in her second stint as head coach at Concordia Academy and in her 13th season overall. She stepped away for a few years to spend more time with her family, handing the job to her former player, Kristin (Fink) Meyerson, before returning five years ago.

"She always puts out a good team and she always finds the identity of that team," Walen said. 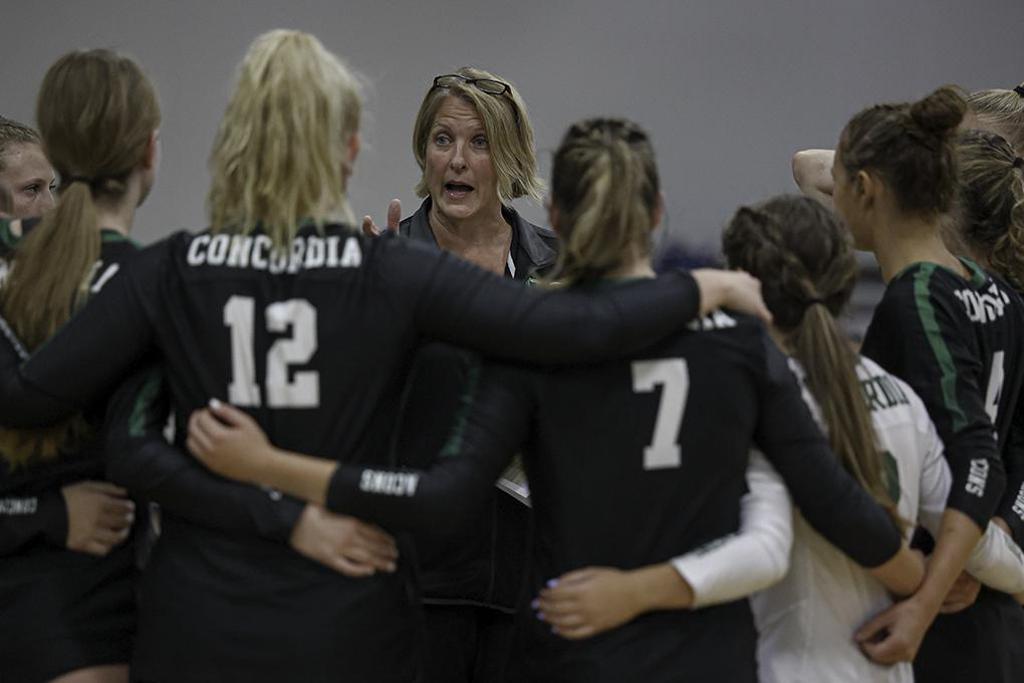 The Beacons (2-0), ranked sixth in the latest Class 2A coaches' poll, used the big arms of seniors Gia Waters and Shaina Zinter to establish a dominance over the Class 3A Pioneers (1-1). Waters had 14 kills and Zinter 10. Junior Ava McTeague added six kills and senior Makenzie Roettger had five.

"We hadn't seen arms like these yet," Hill-Murray coach Tim Walen said. "We hadn't been tested with the kinds of swings and power that they showed."

Hill-Murray started out with the lead in the first set and held it until Concordia Academy finally tied the game at 13-13. The Beacons went on to a 25-20 first-set victory.

The Pioneers started with the lead again in the second set and led 8-7 when Concordia Academy started its 13-point run. Kyla McTeague served up point after point until the Beacons led 20-8 and had the Pioneers reeling.