The Trojans, the Class 2019 Class 3A state champs, are hoping to add another large-school title. 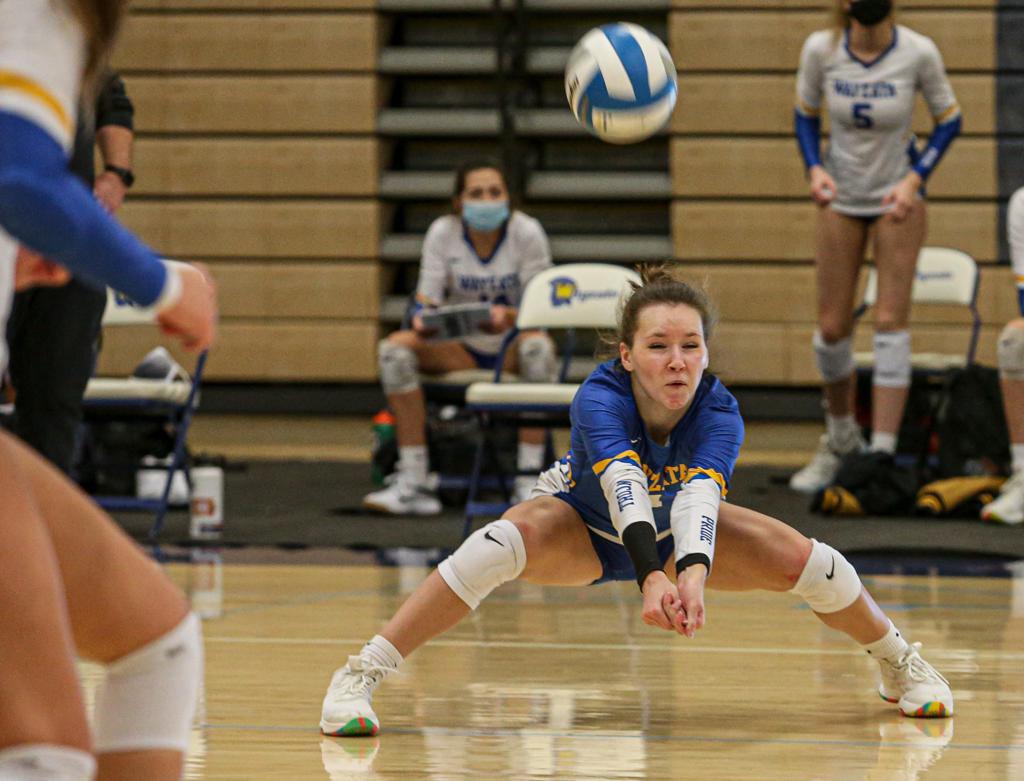 How much depth does the Wayzata volleyball team have this year? The Trojans lost one of their top players, sophomore outside hitter Olivia Swenson, to surgery to repair a torn hip labrum, just before the start of the season.

And still Wayzata, which won the large-school title in 2019, the last year the state tournament was held, is nestled nicely at the top of the rankings in Class 4A.

Few teams could carry on without a hiccup after losing a player of Swenson’s caliber. And Trojans coach Scott Jackson admits that her absence will be felt.

“It was the right thing for Olivia,” said Jackson, who also heads up the Minnesota Select volleyball club. “She’s a 12-month player and she was able to do all of the exposure and recruiting stuff over the summer, which is important for her future. And she will still have two years of high school volleyball left.”

Jackson admitted he feels he has the players to cushion the blow.

“We’ve got a lot of kids that care a lot about the sport, some top-end talent,” he said. “I’m really lucky.”

It starts with Swenson’s fraternal twin sister, Stella, who is already among the top setters in the state. As is libero Ella Voegele, a senior blessed with quickness, anticipation and ability to turn a difficult dig into a proper pass and keep Wayzata in system.

There’s plenty of front row talent to lean on in such players as Sierra Moore, Emma Goerger, Katy Riviere and Mel Goldstein, all of whom have kill percentages over .300 this season.

If there’s anything Jackson worries about, it’s the pressure of coming back after the disappointment of a COVID-hindered 2020 season.

“I think we’re playing with a lot of pressure we’re trying to keep off the kids because of last year,” he said. “But it’s still a really new year, so we’ll see how it goes.”

Which is a big reason why the MSHSL two years ago approved adding a fourth class of volleyball.

“It makes sense,” Jackson said. “Basketball already has four classes. It feels like we should have four.”

But just how that extra class of volleyball will be reflected at the state tournament is still to be determined.

The tournament is held during the second weekend in November at Xcel Energy Center. The league confirmed that it will not add a fourth day to the format for cost reasons, but the fourth class might force the league to adjust the format.

1. Wayzata: Even with Olivia Swenson out for the season, the Trojans are the deepest team in the metro.

2. Bloomington Jefferson: Behind the play of twin sisters Cassie and Ellie Sieling, the Jaguars have already knocked off ranked teams in Eagan and Benilde-St. Margaret’s.

3. Eagan: With high-level talent in Sienna Ifill, Kendal Kemp, Simara Amador and Emma Berran and a shrewd head coach in Kathy Gillen, the Wildcats will be there at the end once again.

4. Champlin Park: Senior libero Kylie Stremmel is the foundation that drives the Rebels.

5. Chaska: The pandemic swiped a promising season from the Hawks in 2020, but there is enough coming back to make a run this year.

6. Minnetonka: A strong front row and a commitment to scrappy defense will pay off.

7. Shakopee: The Sabers lost a lot to graduation but have a good mix of experience in setters Emma Horning and Katie Cordes and middle blocker Maddie Lipetzky.

9. Andover: A pair of six-rotation standouts in Avery Bolles and Brooke Ramsey make for high  expectations for Huskies.

10. Mayer Lutheran: Class 1A, sure, but the Crusaders are talented and have a preseason Ms. Volleyball candidate in Lilly Wachholz.

All are seniors unless noted. Players, with team, height, position and college choice, are listed alphabetically.