Stewartville lives up to top billing, wins 2A championship

The Tigers, the top-seeded and top-ranked team in their class, defeated defending state champion North Branch in five sets. 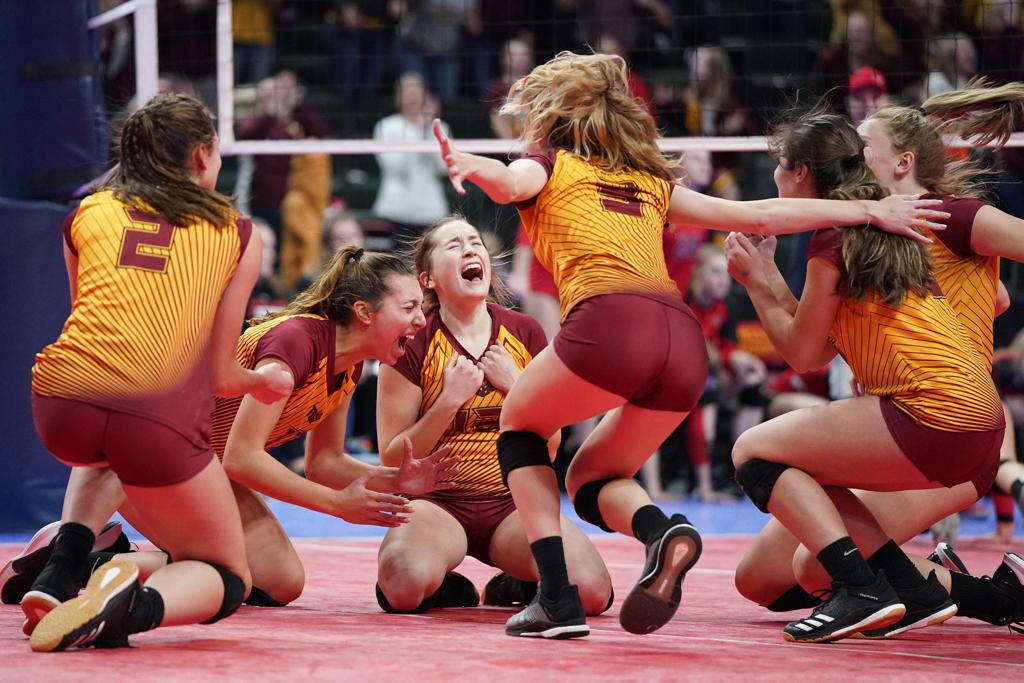 Stewartville outside hitter Lily Welch (12) fell to her knees as she celebrated the win over North Branch with her teammates at the end of the fifth set. Photo: Anthony Souffle * anthony.souffle@startribune.com

Stewartville junior Erin Lamb suffered a concussion a couple of weeks ago, only to return and sprain her ankle in the celebration in the section championship victory over Kasson-Mantorville, according to her coach, John Dzubay. She wasn’t able to practice until Wednesday, and that was limited.

On Saturday evening, she put away two final kills to help top-seeded Stewartville win its fifth state volleyball title with a five-set victory over the defending champions.

“Instant chills,” Lamb said of her reaction after the final point. “I just dropped to the floor.”

Stewartville, which had a 2-1 set lead, stifled a late North Branch rally in the fifth set. Lamb finished with 21 kills, and 56 for the tournament.

Stewartville (30-4) returned all but one player from last year’s team. That translated to a more experienced and more confident team.

“The expectations from the start were pretty high,” Dzubay said. “This is pretty darn special.”

Stewartville senior Kaitlyn Prodzinski, who had 18 kills, also was nursing an injury, a pulled hip flexor. To finally accomplish what her team set out to do all year long “still hasn’t hit me yet,” she said. “It’s the best feeling ever.”

North Branch (29-5) was 4-0 in five-set matches in state tournament play dating to last year. It only needed to find a way to put a little more offensive pressure on Stewartville, North Branch coach Mike Selbitschka said.

“We lacked the efficiency to really put that pressure on,” coach Selbitschka said. “And they (Stewartville) did a better job of digging and passing.”

After North Branch won the first set, Cianna Selbitschka responded right away in the second set with kills on four of the first five North Branch points. But Stewartville cleaned up its game, making just two errors on its way to evening the match. A 7-2 run, with a pair of kills from Prodzinski mixed in, gave the Tigers a 19-13 cushion before closing out the set.

Stewartville kept up its intensity and momentum in the third set, while North Branch couldn’t string many runs together. The Vikings scored consecutive points just three times in the third. The Tigers ended the set on a 8-2 run to take the 2-1 match lead.

The Vikings had a fast start in the fourth set, winning the first four points on their way to an early 8-3 lead. But Stewartville rattled off a 7-2 run to tie the score at 10 apiece and later tying it at 16-16. Points went back-and-forth until a kill from Reagan Irons sent the match to the deciding set.

The Vikings (29-5) finished as the Class 2A runner-up for the second time in three years.

Senior Cianna Selbitschka led North Branch with 33 kills, giving her 82 for the tournament.

“Knowing that our high school volleyball career ended with two second places and a first place in a state tournament is a great accomplishment,” she said. 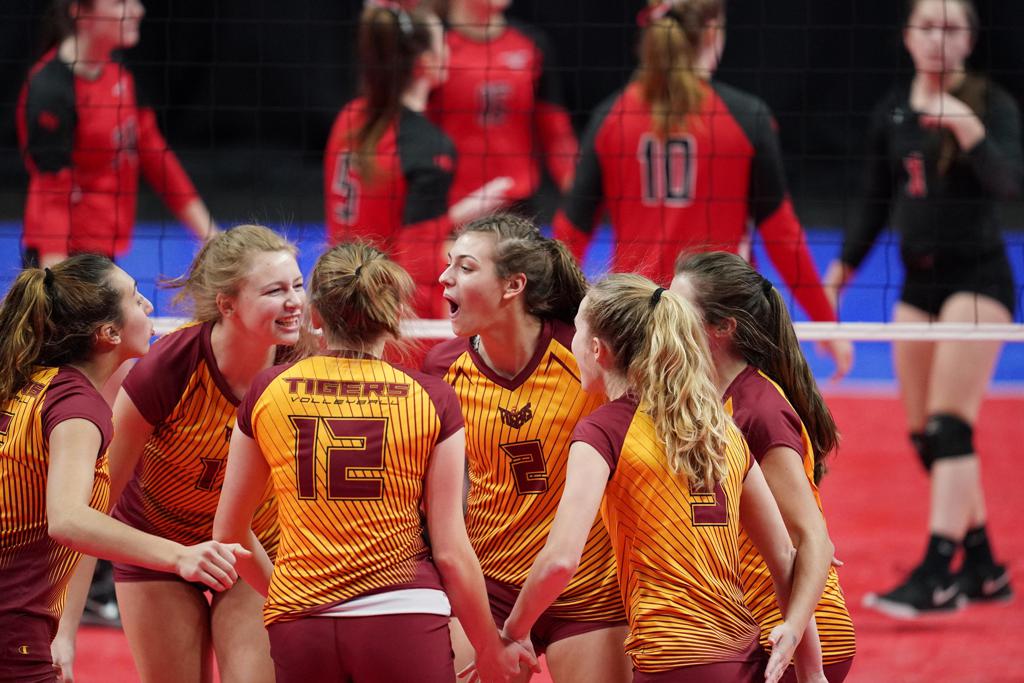 Stewartville proved why it’s the state's No. 1-ranked team with the No. 1 seed in Class 2A. The Tigers shook off a first-set loss to win its fifth state title in five sets, defeating defending champion North Branch on Saturday at Xcel Energy Center.

Stewartville stifled a late North Branch rally in the fifth set, winning the final two points on kills from Erin Lamb, who finished the day with 21 kills and 56 for the tournament.

The Vikings (29-5) finish as the Class 2A runner-up for the second time in three years. Senior Cianna Selbitschka finished with 33 kills, giving her 82 for the tournament.

Both teams got to the championship match with quarterfinal sweeps and five-set victories in the semifinals.