The Wildcats took the fifth set 15-13 to defeat the upset-minded Skippers, who were making their first state tournament appearance since 1976. 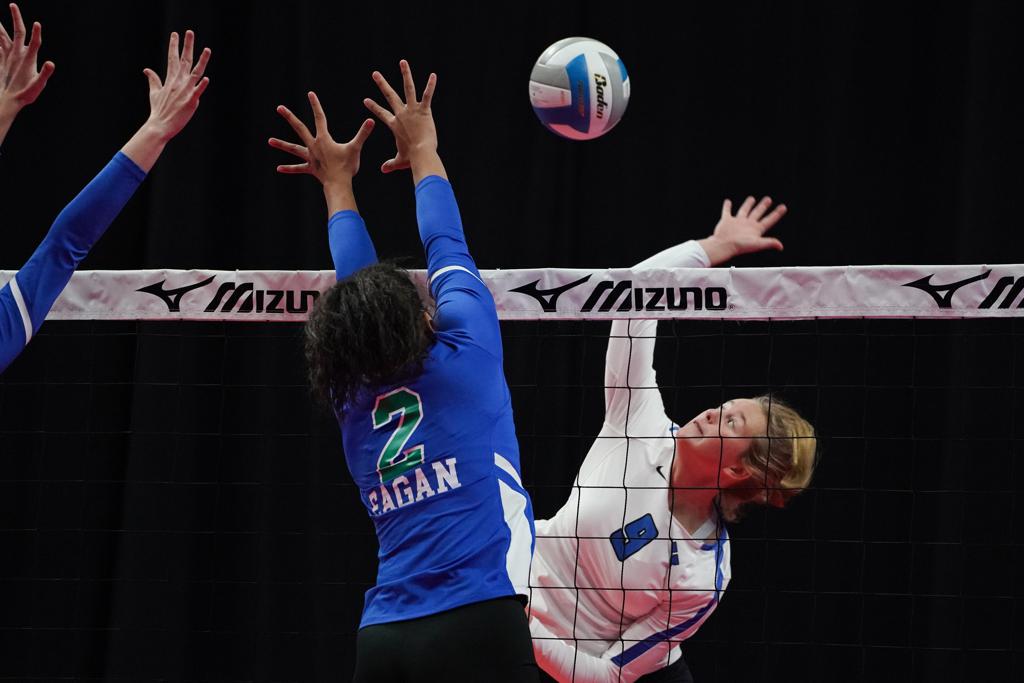 This was a test Eagan rarely faced this season. At least, not outside its own gym.

It was just the second time this season the undefeated Wildcats had a match go to five sets. In fact, Minnetonka’s two set-victories were the first two Eagan had lost since early October.

“It was a battle,” Eagan coach Kathy Gillen said. “Every ball was contested. Our hitters usually swing and score more easily, but Minnetonka kept every ball alive.”

Minnetonka won the first set 25-22 thanks to its defense and strong play from frontliners Skyler Germann and Kali Engeman.

Eagan (31-0) was on the verge of losing the second set as well, but the Wildcats saved three set-points en route to a 28-26 victory.

Having played few tight matches all season, Eagan (30-0) leaned on its regular intense rallies in practice to guide them through the rough patches. 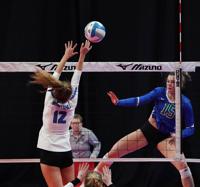 “We have a lot of battles like that in our own gym,” Gillen said. “The girls kind of fell back on training.”

The Skippers’ commitment to not letting the ball touch the floor served them well in the third set, winning 27-25.

Minnetonka libero Sarah Stolar said the Skippers felt the entire time like they could play with Eagan if they played strong, interconnected defense.

“We knew we could play with them from watching film and sticking together, from the block to the pass to the set,” she said.

It’s been that bond that helped the Skippers, making their first tournament appearance since 1976, get this far, coach Karl Katzenberger said.

“To be frank, on paper, this team isn’t supposed to be beating some of the teams it has, but they’ve developed a no-fear attitude,” he said. “This is one of the rare, fun years when the sum is great than the parts.”

Eagan controlled the fourth set, winning 25-18 while Katzenberger gave many of his starters an extended rest.

The two teams went back-and-forth in the fifth set. The Wildcats built a 9-5 lead, only to see the Skippers battle back to tie. In the end, however, Eagan’s attack proved to be a little too much for the Skippers.

With the victory, Eagan advanced to the Class 3A championship game for the seventh consecutive year. The Wildcats lost to Champlin Park in the 2018 final.

It was just the second five-set match the Wildcats had played all year.

Eagan (31-0) advances to play Saturday in the championship game against the winner of the North St. Paul-Wayzata semifinal.