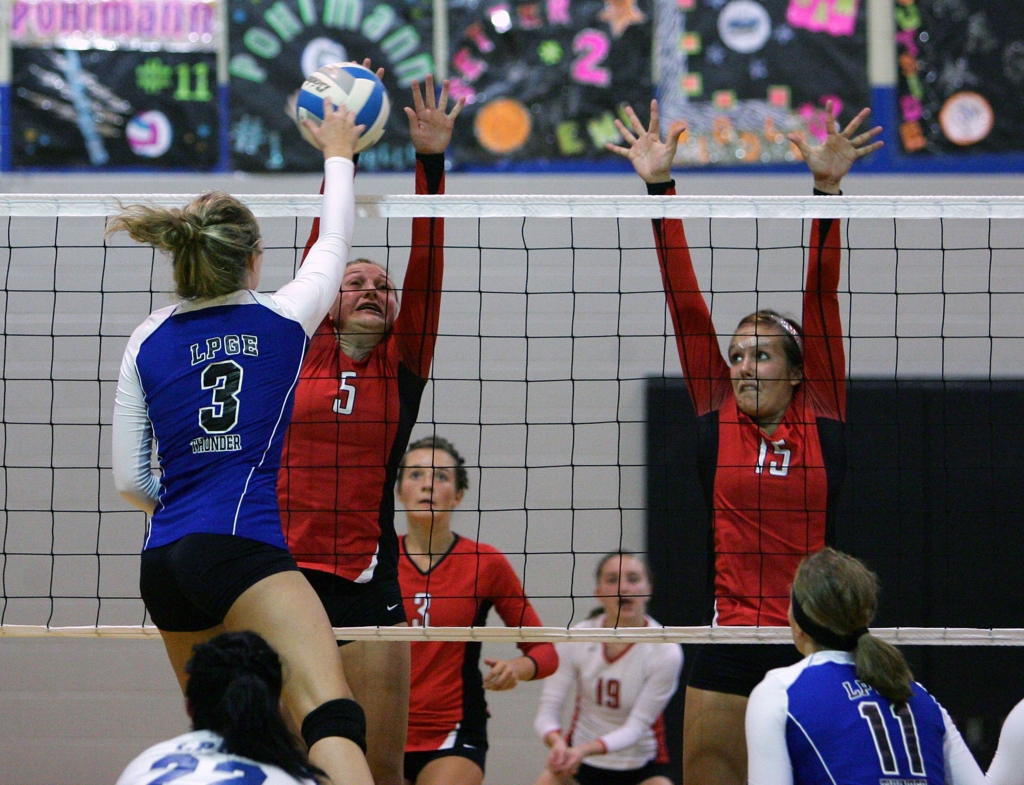 Donna Ripplinger (No. 5) and Brianna Westrich (No. 15) go up for a block against LPGE's Samantha Zastrow (No. 3). Photo by Taylor Lunemann

One day after defeating Onamia, Upsala hit the road to take on the Long Prairie-Grey Eagle Thunder.

“This was our first five-set match in two years,” Solarz said. “Offensively we did a great job of being aggressive early on.”

Upsala came out on fire taking an early lead. LPGE was able to battle back into set one, but Upsala held them off 25-20.

The two teams would flip-flop each set. “The team that played the most aggressive in the set won,” Solarz said. “Unfortunately we made some mistakes at key times and got called for them.”

It was a tough loss for Upsala, but the players gained good experience from it. “It was a fun match to play in with a lot of school spirit,” Solarz said.