Crowds go wild for kills, but for Minnesota's top volleyball stars, opponent-sapping blocks are No. 1

Stopping a great hitter with a block does more to fire up teammates, coaches and players said. Plus it’s harder to successfully execute one than a thundering kill shot. 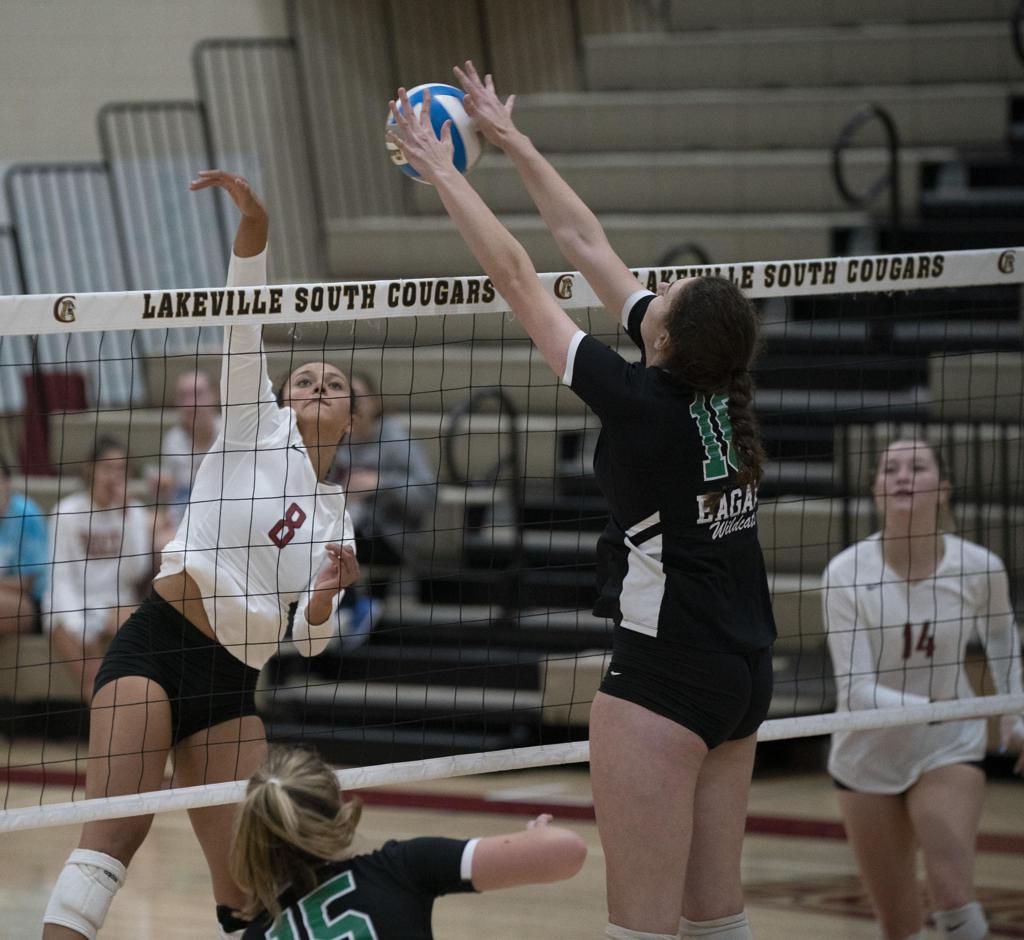 The perfect pass to a deft set. An approach toward the net, elevation and a quick, powerful armswing. The ball screams past the defense and hits the floor with a resounding thud. Oohs and aahs and wild cheering ensues.

There’s no question that a big kill is not just a high school match crowd-pleaser, but it can have a exert match-influencing effect. It some ways, it’s the volleyball equivalent of a home run or a slam dunk. A momentum builder.

But ask a volleyball veteran and they’ll cite a different play as being the most energizing in volleyball. One not as common and often dismissed by the casual fan but, when done successfully, fires up a team more completely than a kill.

“For sure,” Eagan coach Kathy Gillen said. “It really gets the girls fired up. When someone blocks Kennedi [Orr, Eagan’s setter/hitter who also plays at the national level], it’s like they just won the World Series.”

The question was posed to volleyball coaches and players: Would you rather have a big kill or a big block? Nearly all leaned toward the block. Apparently, it’s a bigger deal to stop an opponent than outhit one.

“A block, definitely,” said Ava Moes, Lakeville South’s 6-3 junior hitter. “Not only does it contribute to the energy your team, it also sucks a lot out of the other team. You know great hitters are going to get their kills, but if you can stop a great hitter, that’s the true test.”

Orr recently returned from helping Team USA won the women’s U-18 world championship in Egypt. The ultra-talented junior will be a setter when she heads to Nebraska after the 2020-21 school year, but she’s considered one of the state’s best hitters. She’s seen the issue from both sides and confirms that a crucial block can turn tides.

“You get a big block and it just shuts the other team down,” she said. “Kills are great, but you can always get kills. Blocks are harder to get.” 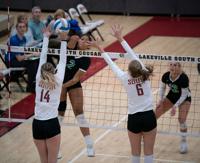 And having been blocked often in the past, Orr knows that a good block leaves a lasting imprint. “When I’m blocked, it’s like ‘Oh, shoot. Don’t hit there again.’ ”

One reason a block ignites a team is its infrequency. An attack and a resulting kill is common in volleyball. Blocks, while set up often, are far less successful.

“It’s the skill that’s hardest to get good at and the hardest to perform successfully,” Lakeville South coach Steven Willingham said. “I like to say ‘Get your hands up and let the other girl block herself.’ You want an [opposing hitter] to think she’s got an opening or an angle to hit through. You need to get your hands in the way of the ball. Sometimes, when a block goes straight down, it hits the floor before the other player does. And we get really excited about that.”

Great hitters are trained to ignore blocks. Compile enough attacks and a few of them are inevitably going to be blocked. The best keep pressing and don’t let it affect the next attack.

“Confidence plays a big factor,” said Concordia Academy junior Kira Fallert, one of the metro’s best hitters. “You have to know that when you’re going up for a kill, there’s always a chance for a block. You’re never going to be perfect, but you’ve got to stay aggressive.”

That’s the way to beat a solid block. The best hitters can hit through them, but most attackers know how to hit around a block or tip over it.

“A big hitter needs to have a lot of different tools in her tool belt,” said New Prague coach Angela Andersen, whose daughter Sophia is a premier hitter. “You have to have some different arm swings, maybe go cross-court, and be able to tip the ball. A big kill can change a match just like a block.”

North Branch’s Cianna Selbitschka is arguably the most imposing hitter in the metro. Her coach is also her father, Mike. He said both a kill or a block, when done with authority during a key stretch, can change the tenor of a match.

“They both have such a big impact,” he said. “A kill is more of a team thing. A good pass, a good set, a kill. A block is normally just one or two players. A block can make a hitter hesitant.”

For the most potent hitters, hesitancy is never an option. Cianna Selbitschka is one such player. Being blocked simply steels her resolve.

“She just keeps hitting hard,” Mike Selbitschka said. “We have to make her do a roll shot or a tip once in awhile. If she gets blocked, she wants to just swing harder.”

The best hitters can often hit right through a block, which can render even the best defensive effort moot. But when things go just right and a block is successful, an entire match can swing in the blockers favor.

“In the section finals against Lakeville North last year, I blocked [Star Tribune Metro Player of the Year] Elizabeth Juhnke. I blocked her straight down and everybody went crazy. We ended up winning the match. That was so much fun.”

And when a hitter starts worrying about the block, it changes a match.

“You can watch the wheels turning in their heads: ‘Oh my gosh, what am I going to do next?’ ” Moes said. “And that’s the real question.”

North Branch's Cianna Selbitschka (11), one of the top hitters in the state. Photo: Aaron Lavinsky ¥ aaron.lavinsky@startribune.com