Minneota drops Medford in three sets at Side Out Classic

The Vikings opened the new season by defeating the Tigers, the team they beat to win the 2018 Class 1A state championship. 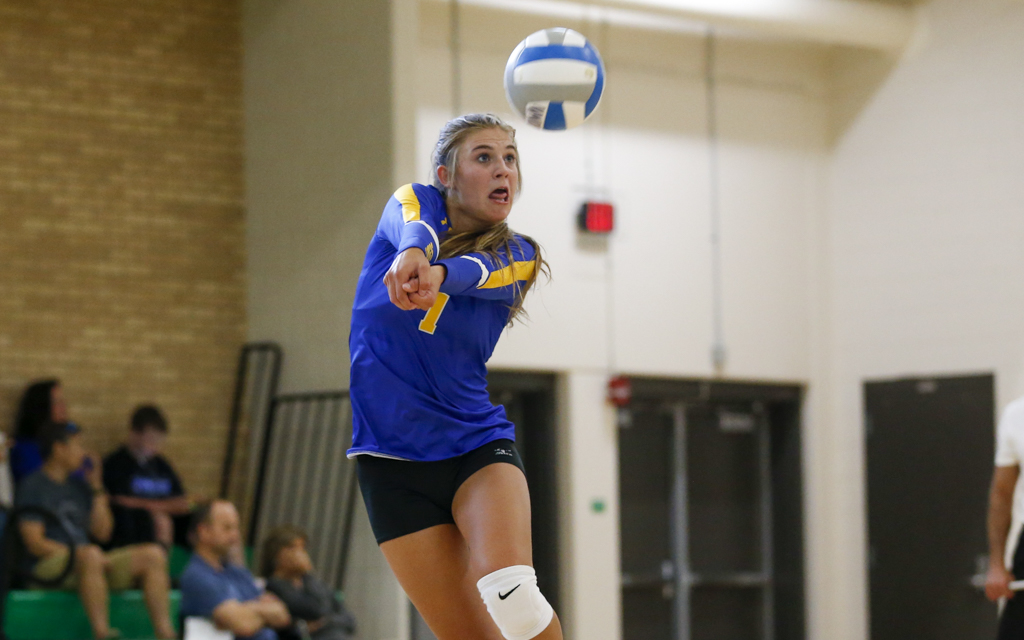 Minneota's Abby Hennen keeps a rally alive against Medford during the Breakdown Sports Side Out Classic at Edina High School. The Vikings defeated the Tigers 25-15, 25-16, 25-18. Photo by Jeff Lawler, SportsEngine 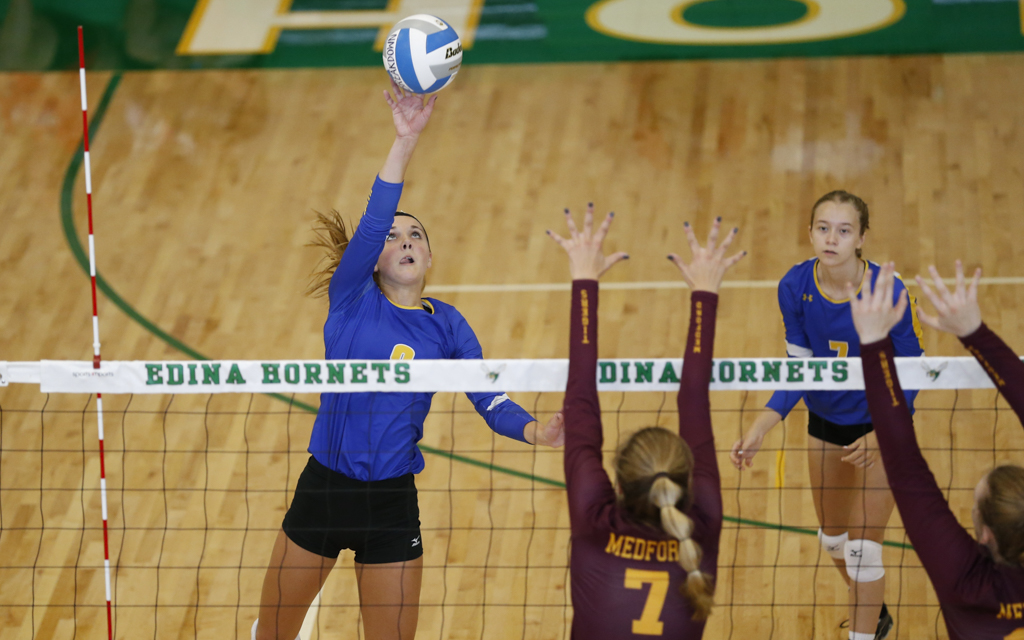 Minneota's Natalee Rolbiecki taps a shot over the Medford defense during the Breakdown Sports Side Out Classic at Edina High School. The Vikings defeated the Tigers in straight sets. Photo by Jeff Lawler, SportsEngine

Minneota opened the new season and the defense of its 2018 Class 1A state championship with a statement. And the statement was clear: The Vikings are poised to defend their title.

The rematch of last year's state title game, which came in Breakdown Sports’ Side Out Classic hosted at Edina High School on Saturday, produced a carbon-copy match in which the Vikings swept Medford 25-15, 25-16, 25-18.

"We lost a lot of seniors that were key players last year, so we have worked hard to get back there this year," said Minneota senior right-side hitter Morgan Hennen. "A lot people think that, because we lost a lot of players — a lot of big players — that we'll be down. But our younger players have stepped up and filled their shoes."

Minneota, ranked No. 4 in the Class 1A preseason coaches’ poll, spread the wealth around on offense as Hennen, her sister Abby, and Natalee Rolbiecki each had 11 kills.

But what was most striking was the efficiency with which the Vikings carved up Medford, making a limited number of errors to win the first set thanks largely to a 10-2 run.

"We graduated a big senior class last year, but we did have four returning starters," said Minneota coach Hayley Fruin. "I thought the chemistry was great today. Everyone knew their role and stepped up in this match."

Medford, meanwhile, struggled to gain any traction on offense, and coach Missy Underdahl admitted that the pressure of facing the defending state champs may have affected her team to a degree.

"We've never been in a match like this, so coming in we felt some pressure because this [tournament] is such a big deal," she said. "You could see that the mental pressure got to us a little bit."

"Our setters did a great job of pushing [their block] around and spreading the ball around," Morgan Hennen said. "There were times I had no block in front of me, and that was really helpful."

Medford was led offensively by seven kills from Alyvia Johnson and six by Kinsey Cronin, who also had three blocks.

Underdahl expects the season-opening loss will help her team improve as the season progresses.

"We could not get into system today — we let too many free balls, without a doubt," she said. "We learned a lot of things that we can go back and work on, and that's what you want early in the season."

With the straight-set victory, Minneota hopes opponents from around the state will receive the message that the Vikings are focused on defending their title.

"For match one, to see us [play so well] was amazing," Fruin said. "But these girls are hungry. And to finish last year on such a high, we want to do that again. But we're not talking about last year any more. We're happy with it, but now we've moved on. We have two new setters, but this group has worked hard to come together, and we think this will be fun, too." 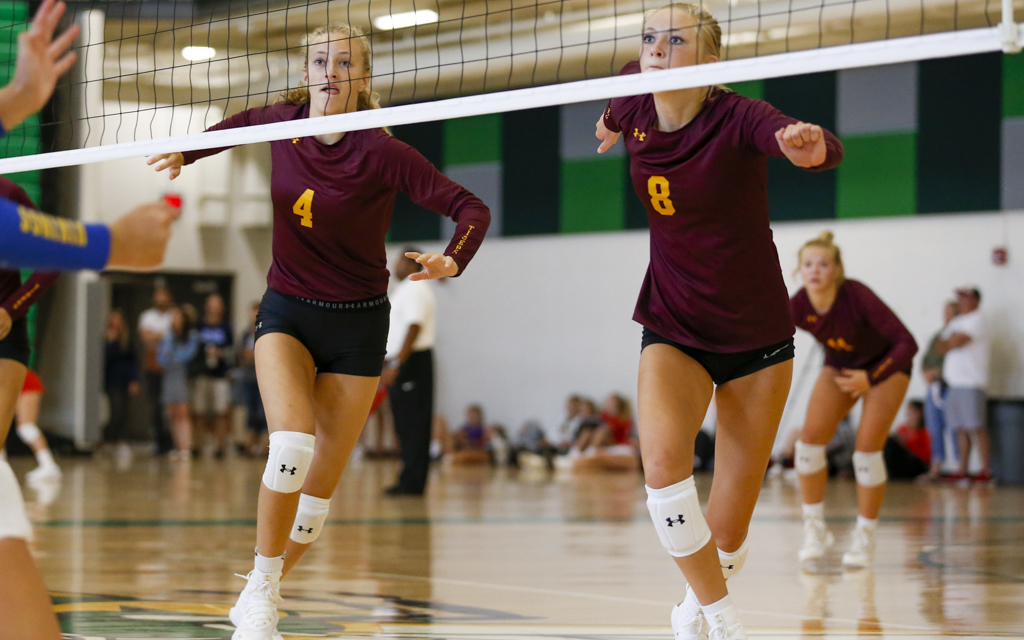 Medford’s Clara Kniefel (4) and Emma Kniefel (8) prepare to go for a block against Minneota during the Breakdown Sports Side Out Classic at Edina High School. The Tigers fell to the Vikings in three sets. Photo by Jeff Lawler, SportsEngine